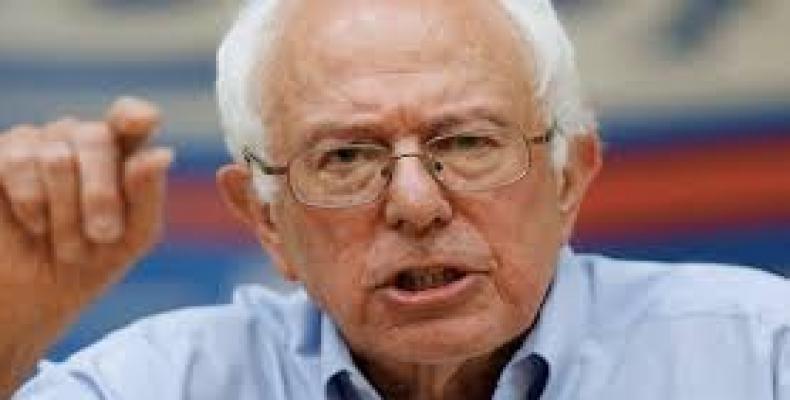 "Donald Trump tapped into the anger of a declining middle class that is sick and tired of establishment economics, establishment politics and the establishment media," Sanders said in a statement on his official Facebook account.

"People are tired of working longer hours for lower wages, of seeing decent paying jobs go to China and other low-wage countries, of billionaires not paying any federal income taxes and of not being able to afford a college education for their kids -- all while the very rich become much richer."

If the Trump administration next year decides to work for changing that status quo and improving the lives of working families, Sanders said he and other progressives in the U.S. Congress would be prepared to work with the real estate billionaire.

Many who were shocked by the result of the elections blamed the Democratic party for Trump's triumph by selecting Clinton and sabotaging the Sanders campaign before the primaries had even begun.  People also argued that the self-described democratic socialist would have won the presidency in a race against Trump as he had generated enough enthusiasm among both minorities and white voters.

Bernie Sanders said: "To the degree that he (Donald Trump) pursues racist, sexist, xenophobic and anti-environment policies, we will vigorously oppose him."