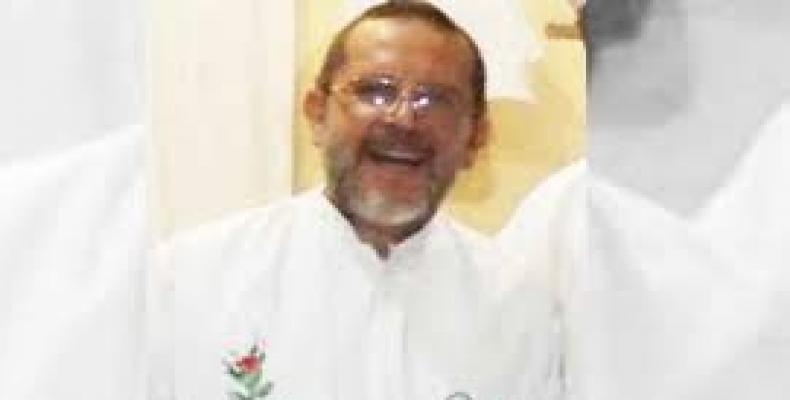 Mexico City, November 15 (RHC)-- The disappearance of a Mexican Catholic priest in a suspected case of kidnapping has sparked outrage and a wave of heated protests in the tourist town of Catemaco in the violence-plagued state of Veracruz, where demonstrators torched the city hall and at least one police vehicle.

Catemaco priest Jose Luis Sanchez Ruiz reportedly went missing in the early hours of last Friday morning.  According to local media, some 300 residents took to the streets over the weekend, blocking a highway to protest yet another disappearance in Veracruz, among the top three Mexican states with the most cases of missing people.

Demonstrators later stormed the city hall in Catemaco, demanding that authorities find the religious leader alive.  They then set a police car on fire outside the municipal building, later returning in the evening to pour fuel on and set fire to the building as well.

The protests also sparked looking of local businesses and at least one journalist suffered threats for taking photos of the events, according to local media.

Father Aaron Reyes, spokesman for the diocese of San Andres Tuxtla, told AFP that the protests and vandalism were an expression of frustration as residents were “seeing that there were no results in the investigation.”  State officials have indicated that they are searching for the missing priest and have conducted interviews with key witnesses.

According to local media, Sanchez Ruiz has been spoken out against injustice and run-away violence in Veracruz and recently helped lead protests against electricity rate hikes before he went missing late last week.  Catholic authorities of the diocese signaled that the priest had suffered threats in the past.

The disappearance of the priest -- suspected to be a case of kidnapping since the doors of his church were found to have been opened “in a violent manner,” according to the diocese -- comes on the heels of a long wave of violence against Catholic leaders.  In September, two priests from another Veracruz town were found dead on the side of a road, and a third priest was also found gunned down after disappearing in the state of Michoacan.

The Catholic Media Center, which tracks violence against clergy, has found that Mexico is the most dangerous country in which to be a priest.  At least 15 priests have been murdered in the country since President Enrique Peña Nieto took office in December 2012. In the same period, forced disappearances, femicide, violence against political activists and journalists, and state complicity with organized crime have been rampant problems.