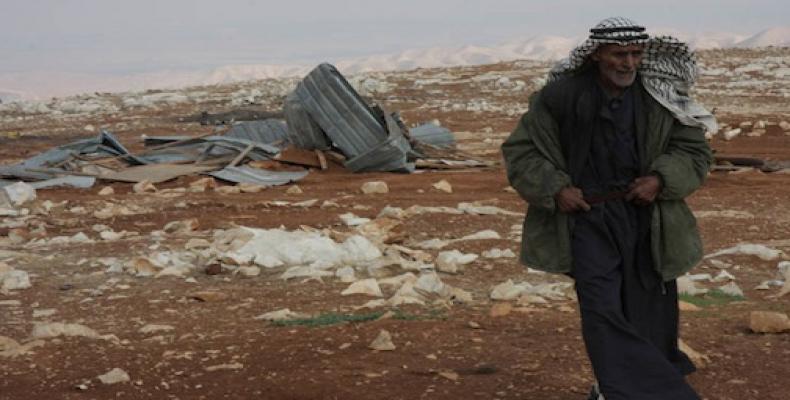 Washington, November 25 (RHC)-- The World Bank has condemned the water crisis in the Gaza Strip created by the illegal Israeli blockade, saying that only 10 percent of the 1.9 million people trapped in what many have described as the “the world’s largest open-air prison” have access to clean drinking water.

“So much water has been pumped out of the natural aquifer underneath Gaza that sea water has seeped in, making it too salty to drink,” said the World Bank’s Senior Water and Sanitation Specialist Adnan Ghosheh in a statement.  “There are some 150 operators who provide some kind of desalinated water that has been filtered to make it acceptable for cooking (but) it’s more expensive and not an improved source of water, according to our definitions of water clean enough to drink,” continued Ghosheh.  He also echoed warnings by the United Nations that Gaza could become uninhabitable by 2020.

Since the democratic election of Hamas in Gaza in 2006, the Israeli government has maintained a land, sea, and air blockade of the tiny strip of land on the Mediterranean coast.  Three savage invasions by the Israeli Defense Force in the past six years and a brutal 10-year blockade have led to the death and displacement of almost half a million Gazans and destroyed much of the infrastructure.

Ghosheh added that despite Israeli government commitments to supply drinking water to Gaza included in the 1993 Olso Agreements, the amount “falls far short” of basic needs.

A previous World Bank report outlined how heavy Israeli taxation on fuel and Israeli limitations on the amount of fuel allowed into the Gaza Strip have effectively blocked international efforts to help construct desalination plants which could provide the much-needed water. "Despite the challenging circumstances, we believe that Palestinians, like any other nation, are entitled to adequate water and sanitation," continued Ghosheh.

Ghosheh underlined that the Israeli government had only just recently allowed use of a dedicated power line to provide electricity to a wastewater treatment plant project led by the World Bank, three years after the request for the power line was first submitted.

In October the Israeli government illegally intercepted the "Women's Boat to Gaza," detaining participants including Nobel Peace Prize winner Mairead Maguire of Northern Ireland, part of the Freedom Flotilla Coalition which attempted to defy Israel’s blockade of Gaza and bring much needed medical aid to the besieged territory.