More than 180 Presumed Dead After Refugee Boat Sinks in Mediterranean 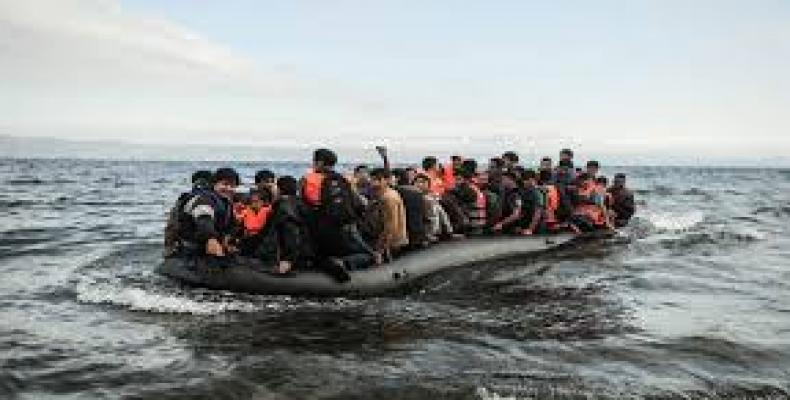 Rome, January 18 (RHC)-- The death toll from the January 14 capsizing of a refugee ship in the Mediterranean stands at four, with some 180 missing, presumed dead, survivors have said.  The survivors, three men and one woman, said in interviews with humanitarian workers from the International Organization for Migration (IOM) and the UN Refugee Agency (UNHCR) in Italy on that the ship had left Libya the previous day with more than 180 people packed on board.

The two Eritreans and two Ethiopians, who had been taken to Italy after the crash, said the sinking began after the ship’s engine cut out after five hours at sea.  They said more and more of the people on board were submerged under the water as the boat slowly sank.  They added that most of the people were refugees from East Africa who were in search of a job and living in Europe.

A French boat operating as part of Frontex's Operation Triton, the European borders agency, rescued the survivors 30 nautical miles off the Libyan coast on Saturday after hours in the water.  The “traumatized and exhausted” refugees were then transferred to another Frontex ship, the Siem Pilot, a Norwegian boat, which also had 34 people rescued from another stricken refugee boat and four recovered corpses when it arrived in Trapani.

Some 181,000 refugees were registered at Italian ports last year while estimates by international organizations showed that more than 5,000 died in the perilous journey from northern Africa to Europe.  The trend has shown no sign of slowing this year as some 2,300 refugees have already been registered in Italy since January 1st.