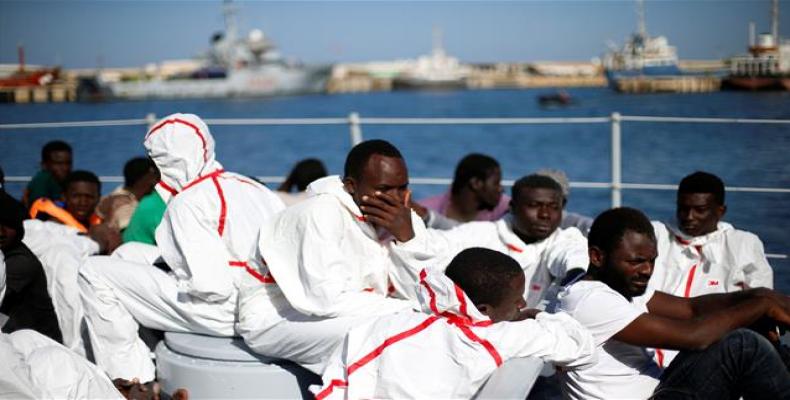 Tripoli, November 27 (RHC)-- At least 31 refugees have died after their Europe-bound boat capsized off Libya's western coast, Libyan coastguard officials say.  The flimsy boat overturned on Saturday and the Libyan coastguard brought some 200 survivors back to port in the Libyan capital Tripoli.

The volatile North African nation, effectively run by competing militia groups, has remained a key transit hub for asylum seekers from war-ravaged countries trying to reach Europe.  Most refugees are packed into flimsy inflatable boats that often break down or sink.

Many are picked up by international vessels and taken to Italy, where more than 115,000 have landed since the end of August this year.  An increasing number of refugees and asylum seekers are intercepted by Libya's European-backed coastguard and returned to the North African country.

The United Nations migration agency announced recently that more than 33,000 refugees had died at sea while trying to reach European shores since 2000, making the Mediterranean "by far the world's deadliest border."

The Libyan coast guard rescued some 378 refugees after their boats sustained damage in the Mediterranean Sea, officials said, adding that the rescue operation lasted over 72 hours.

Italy's coast guard also said that some 1,600 refugees had been rescued from nearly 20 vessels in the central Mediterranean on Wednesday and Thursday.