Germany to Return Refugees to Greece Beginning in March 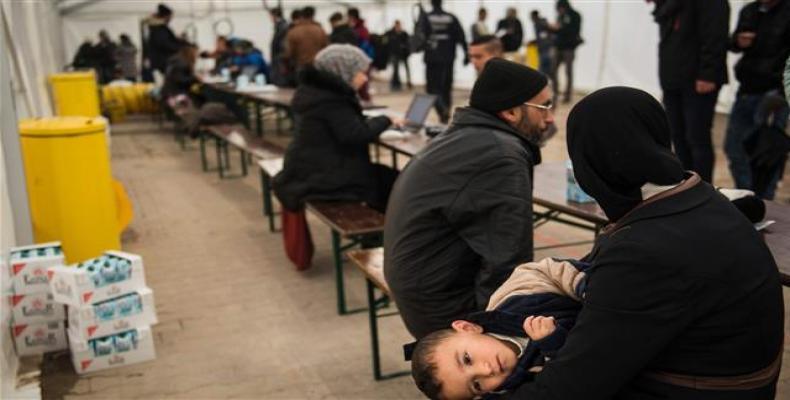 Berlin, February 6 (RHC)-- A German official says next month Berlin will begin returning newly-arrived refugees from Greece to their first landing location in the European Union.  German Interior Ministry spokesman, Tobias Plate, told the media on that the country was essentially lifting a five-year suspension on such transfers due to better conditions in Greece compared to the past.

Under the EU's Dublin rules, refugees are required to file for asylum in the first EU member state they enter and be relocated to other countries later if accepted.  The Mediterranean countries of Greece and Italy are often the first port of landing for refugees.

If asylum seekers have traveled to other EU countries, they are to be returned to their first port of call.  The requirement, however, had been halted for Greece in 2011, due to the poor economic conditions in the country.  Greece's economy has since improved and Germany, which is struggling with the refugee crisis, seeks to deport refugees.

Athens has announced its opposition to the deportation of refugees to Greece, saying the legal framework of the Dublin rules "leaves the burden to the member states that migrants first arrive in."

German refugee relief group Pro Asyl has raised concerns about Berlin's decision, warning that the measure would put the asylum system in Greece, a country which is still in the recovery stage after its major economic collapse, under added pressure.

Germany had allowed refugees from conflict zones in the Middle East and North Africa to enter the country in the past.  The move was supported by Chancellor Angela Merkel's government.  However, refugee admission has met widespread opposition, and the government has sought to bring refugee numbers down.

The German government’s recent decision to return asylum seekers to Greece would greatly slash the refugee numbers, ahead of general elections expected in September, when the issue is considered to be a determinant factor for politicians' popularity among voters.

In 2016, the refugee numbers dropped sharply from 890,000 in 2015, to 280,000 arrivals.  It was largely due to the closure of the Balkan route and an EU-Turkey deal to limit the influx of refugees.   Many blame Western policies for the conflicts in the Middle East, Syria in particular, and the influx of refugees.