Germany Urges Return of Refugees to Greece Based on EU Regulation 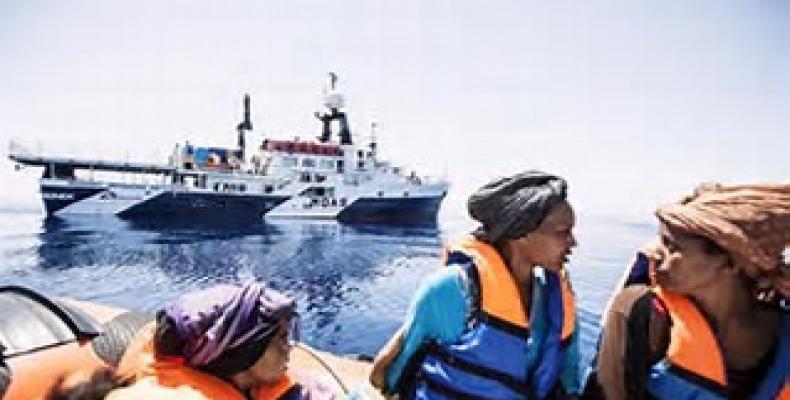 Berlin, October 3 (RHC)-- Germany's highest official responsible for refugees has again called for the return of asylum seekers to Greece as the first EU country they normally reach, saying the European Union's Dublin Regulation should be implemented regardless of objections by Athens.

"I would like the Dublin convention to be applied again... we will take up discussions on this in a meeting with (EU) interior ministers," German Interior Minister Thomas de Maiziere said in an interview published in the Greek media on Sunday, saying talks on the issue will take place in October.

Around 900,000 refugees have reached Germany with many starting the journey into Europe from Greece.  Athens has criticized calls for the return of refugees to Greece, saying it is already struggling to cope with tens of thousands of refugees on its soil as neighbor states on the so-called Balkan route have closed their borders on the asylum seekers.  Most of those landing in Greece are refugees fleeing foreign-backed militancy in the Middle East.

The EU suspended the application of the convention in 2011 after it won a legal complaint against Athens condemning the mistreatment of asylum seekers seeking international protection.

De Maiziere, who had already in August highlighted the need to reinstate the Dublin rules, said the EU has shown enough support for Athens over the past years and the time has come for Greece to improve its procedures for asylum seeking.

"Since then, the EU has provided substantial support, not only financially," he said, adding that he was conscious of the "strong reactions" of the Greeks, and how the frontline state is coping with the huge number of refugees on its soil.

De Maiziere said there has been increasing "criticism of the convention not being applied" in Germany, saying Greece's problem "doesn't annul the need" to reinstate the Dublin rules.