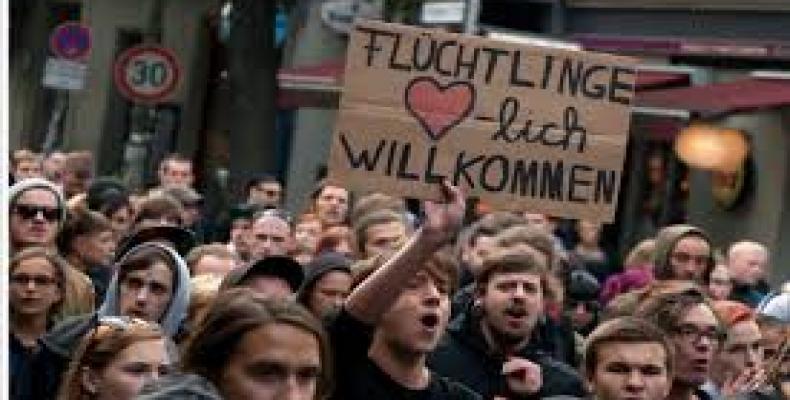 Berlin, February 21 (RHC)-- A top German official says Berlin has deported a record 80,000 refugees denied asylum last year and will set another record high in deportations in 2017.  Peter Altmaier, Chancellor Angela Merkel’s chief of staff, told Bild am Sonntag newspaper that nearly half of the 700,000 asylum requests made in 2016 had been rejected.

"We sent home 80,000 last year whose asylum applications were rejected and that's a record," Altmaier said, adding: "And the number will rise again further.  There were some 700,000 asylum applications in 2016 and nearly 300,000 were rejected.  We'll be sending these people home quickly because if we don't it'll damage our credibility as a state based on the rule of law."

Elsewhere in his remarks, Altmaier stated that it was important to send these people home promptly in order to maintain a high level of public support for the asylum system.

In early February, Chancellor Merkel called on authorities to accelerate the deportations of rejected refugees.  The developments come as anti-refugee sentiments have been on the rise and there have been increasing demands pressed by opposition parties to curb the number of refugees.

Afghan refugees constitute the second largest group of asylum seekers in Germany after Syrians.  Germany has been carrying out collective deportations based on an agreement Brussels and Kabul reached in early October 2016.

Europe has been experiencing an unprecedented influx of refugees over the past months.  The asylum seekers flee conflict-ridden zones in North Africa and the Middle East, particularly Syria.  Many blame major European powers for the exodus, saying their policies have led to a surge in terrorism and war in the violence-hit regions, forcing more people out of their homes.