New Round of Syrian Peace Talks Begin in Geneva 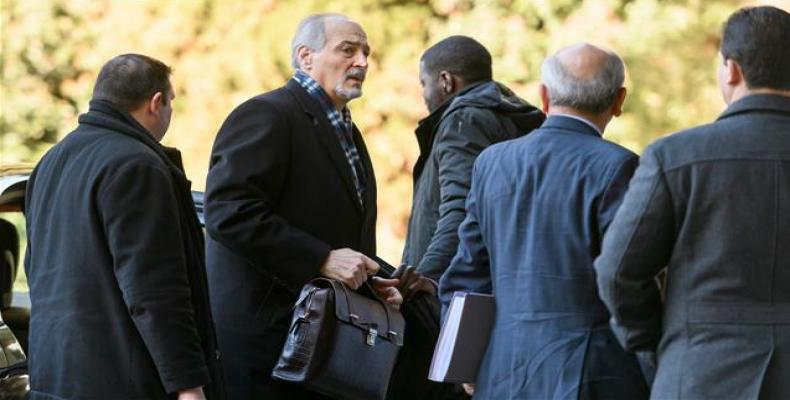 Geneva, February 23 (RHC)-- A fresh round of peace negotiations has begun between representatives of the Damascus government and the foreign-backed opposition in the Swiss city of Geneva under the auspices of the United Nations.

UN Special Envoy for Syria Staffan de Mistura has played down expectations for major progress in the fourth round of Syria talks aimed at finding a political solution to the nearly six-year-old conflict in the Arab country.  “Am I expecting a breakthrough?  No, I am not expecting a breakthrough,” he told journalists at the UN headquarters on Wednesday.

The top UN official said he was determined to maintain “a very proactive momentum” to allow for political discussions on governance, a new constitution and elections under UN supervision and based on the UN Security Council Resolution 2254.

On Wednesday, Salem al-Meslet, spokesman for the HNC umbrella group, told the AFP news agency that the so-called Syrian opposition wants face-to-face discussions with government representatives instead of negotiating in separate rooms.

The intra-Syrian talks come shortly after the conclusion of the second round of Syria peace negotiations, facilitated by Russia, Turkey and Iran, in the Kazakh capital of Astana.  The negotiations, which were held in a behind-closed-doors format, sought to pave the way towards political negotiations in Geneva.

Russia, Iran and Turkey agreed at the end of the first round of Astana talks in January to establish a mechanism aimed at monitoring the ceasefire that took effect across Syria on December 30, 2016.

Syria has been fighting foreign-sponsored militancy since March 2011.  The UN Special Envoy for Syria estimated in August last year that more than 400,000 people had been killed in the Syrian crisis until then.  The UN has stopped its official casualty count in Syria, citing its inability to verify the figures it receives from various sources.