New Round of UN-sponsored Syria Peace Talks in Geneva 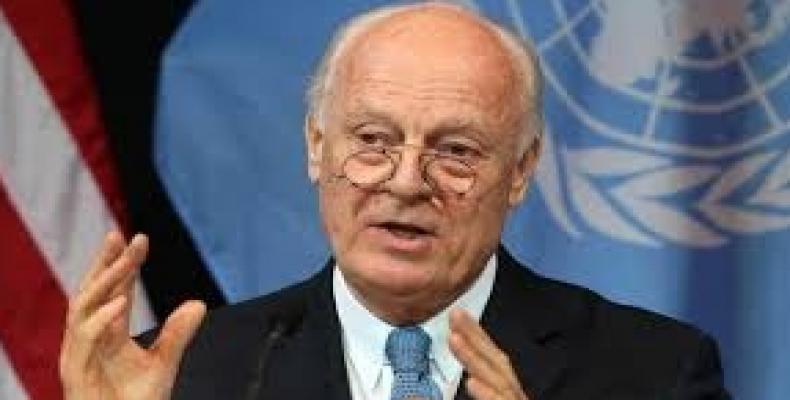 Geneva, November 28 (RHC-Agencies)--Delegations of Syria's government and opposition will start a new round of UN-sponsored peace talks in Geneva on Tuesday.

The talks are expected to focus primarily on a new constitution and elections, two of the four so-called "baskets" of reforms laid out by the United Nations for a political settlement to the Syria crisis.

Ahead of talks, the United Nations mediator said Monday that the crisis now has the potential to move towards “a genuine political process.”

De Mistura said that in preparing for the eighth round of intra-Syrian talks, he called for “real” diplomacy, with his messages focused on several points, such as that the Government and a united opposition should engage in negotiations in Geneva without any preconditions and that all other initiatives should support this UN mediation process.

He acknowledged the importance of meetings on the issue recently held in Vietnam’s DaNang, Russia’s Sochi, and Saudi Arabia’s Riyadh, and he said they might help the Geneva process.

The 6 year Syrian conflict has claimed hundreds of thousands of lives and displaced millions.