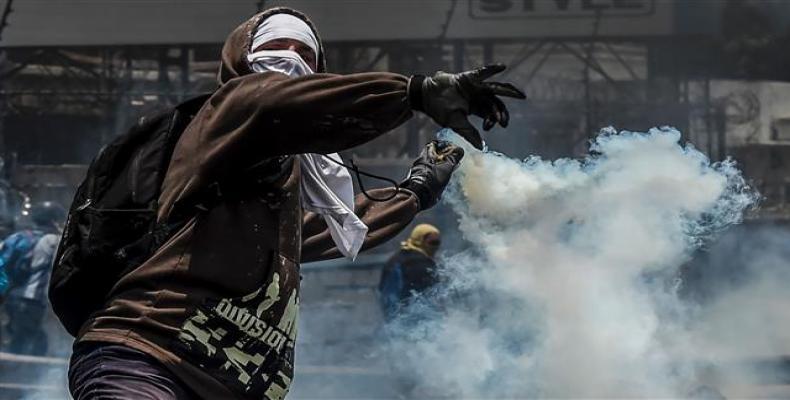 Caracas, April 13 (RHC)-- Venezuela has called on the Organization of American States to condemn violent actions by right-wing opposition forces in the country, highlighting the politically-charged nature of attacks the body continues to launch against the government of President Nicolas Maduro.

The announcement comes as secretary general of the OAS, Luis Almagro, has attracted criticism from Caracas and its allies for trying to invoke the organization's "Democratic Charter" against Venezuela for its economic and political crisis, which would trigger its suspension from the bloc.

The Venezuelan government has slammed the OAS over the move, arguing that it would pave the way to foreign intervention and lays bare the organization's hypocrisy in the region by targeting Venezuela while staying silent on other political and human rights crises, including the parliamentary coup in Brazil last year.

Anti-government demonstrations have repeatedly been held in Caracas  recently.  The protests have at times turned violent.  Venezuelan Ombudsman Tarek William Saab reported that seven offices of the institution he directs had been attacked "by violent groups" amid the opposition demonstrations.  "The democratic exercise demands respect for the current institutions and citizens and not the use of violence," said Saab.