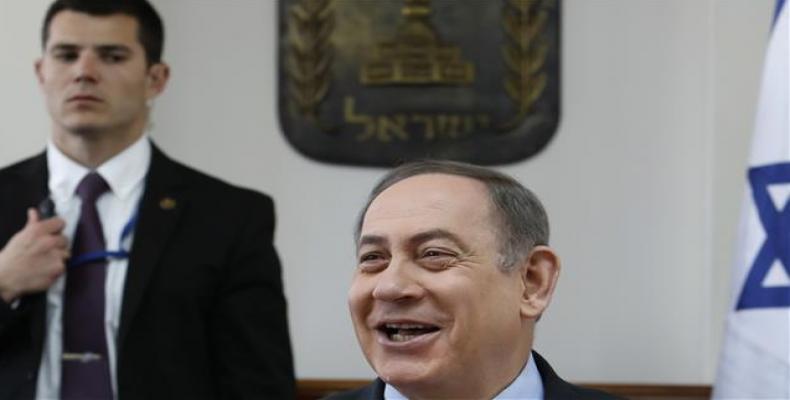 Washington, May 15 (RHC)-- U.S. President Donald Trump is "careful to understand” his campaign pledge to move the Israeli embassy from Tel Aviv to Jerusalem, says his secretary of state as the president was being cheered by the regime to make the move.

"The president is being very careful to understand how such a decision would impact a peace process," Rex Tillerson told NBC just days ahead of Trump’s visit to the Middle East.  The U.S. secretary of state indicated that an important factor for the administration was "whether Israel views it as being helpful to a peace initiative or perhaps a distraction."

The office of Prime Minister Benjamin Netanyahu was quick to respond to his comments in a statement, claiming that the measure would help bring about peace.  “Israel's position has been stated many times before to the American administration and the world," read the statement. "Moving the American embassy to Jerusalem will not harm the peace process, it will do the opposite.  It will advance it by righting a historical wrong and by shattering the Palestinian fantasy that Jerusalem is not the capital of Israel."

In a move unrecognized pretty much by the rest of the world, Israel declared Jerusalem its capital in 1980s.   Trump's rise has now emboldened Israeli extremists to implement their illegal policies and further their occupational agenda by transferring the embassy, a move that Palestinian officials and prominent U.S. politicians have cautioned against.

Palestinians are seeking to create an independent state in the territories of the West Bank, East Jerusalem and the Gaza Strip, with East Jerusalem as the capital.  Trump has already promised Netanyahu that he would recognize Jerusalem as Israel’s “eternal” capital.

In an annual summit in the northwestern Jordanian city of Sweimeh last month, the Arab League heads of state reiterated support for an independent Palestinian state, while censuring the Israeli regime for its continued settlement construction in the occupied territories.

In a final declaration issued at the end of its summit, the Arab League voiced opposition to any plan for the transfer of embassies from Tel Aviv to Jerusalem al-Quds.