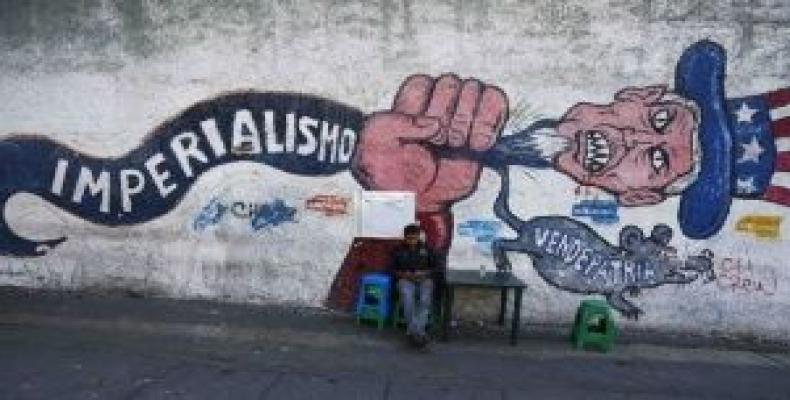 Caracas, May 29 (RHC-teleSUR)-- More than 70 political and social organizations from Africa, the Americas and Europe have sent a solidarity message to the Bolivarian government of Venezuela, denouncing the “violent actions carried out in Venezuela by the opposition.”

The statement began by describing the signers as "all the political organizations, social groups and people that... militate for the defense of just causes and in favor of progressive movements that fight in the world to defend the sovereignty and independence of the peoples, for the achievement of a world of peace, justice and equality."

The message declares that the only violations of fundamental human rights that have been committed in Venezuelan territory in recent weeks have been perpetrated by the violent opposition, including the victims of the violent protests “paid by foreign money” and meant to “create an atmosphere of chaos so the international public opinion believes in the necessity of a foreign intervention.”

The statement concludes: "We express our deepest support and solidarity with the revolutionary people of Venezuela, with its legitimate government and with President Nicolas Maduro, and we are alert and ready to carry out denunciations and solidarity at the international level in defense of the sister Republic of Venezuela and her revolution."

Although 17 opposition parties have agreed to discuss the terms of a serious national dialogue with the government, some groups have refused to cooperate with the negotiations and attempt to portray the deaths that have occurred as examples of state repression and evidence of the "dictatorship" that they are aiming to topple, while continuing to urge their supporters to maintain protests that have led to deaths, violence and vandalism.

Maduro confirmed earlier this month that presidential elections would be held as scheduled by the constitution in 2018, while the country's National Electoral Board has scheduled regional elections for December 10, 2017.