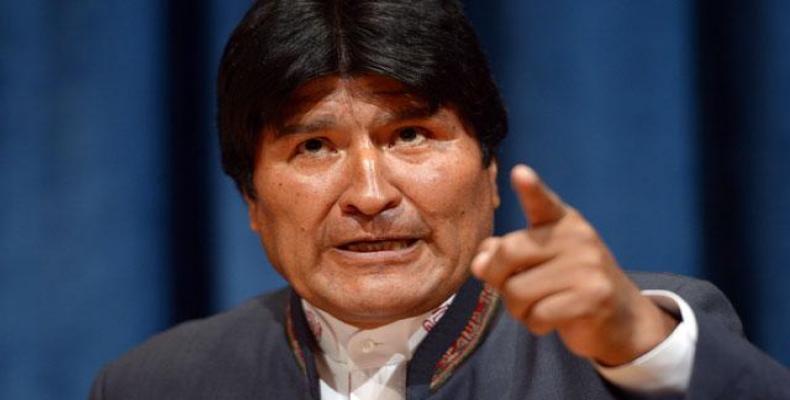 "By what morality does the U.S. certify (the anti-drug policy) of other countries, when its cocaine consumption is at 1.6 percent, while the global average is 0.4 percent?" asked Morales on his official Twitter account.

Morales made these statements during the International Day Against Drug Abuse and Illicit Trafficking, which seeks to raise awareness about the global scourge.  He also said that the regions where the U.S. has military bases, or where the Drug Enforcement Agency (DEA) has operations, see a rise in drug trafficking, corruption and violent crime.

The Bolivian president blasted the U.S. government "for using the war on drugs to intervene in other countries and for taking no action to reduce drug consumption among the population."

The International Day Against Drug Abuse and Illicit Trafficking was established on June 26 by the UN General Assembly in 1987, with the goal of helping to create a global society in which drugs are no longer used.