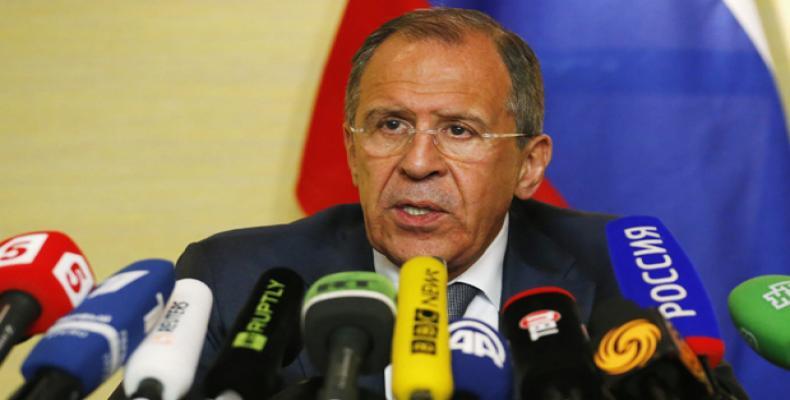 Moscow, June 29 (RHC)-- Russia has said it will react "in proportion" to any U.S. military actions against Syria on the pretense of preventing a chemical attack.  "We will react with dignity, in proportion to the real situation that may take place,” said Russian Foreign Minister Sergei Lavrov on Wednesday during a press conference.

Lavrov added that he hoped the U.S. would not use its intelligence assessments concerning the Syrian government's alleged intentions to further provoke the country.  "I expect that our partners in the region -- American, European -- will also have an open and comprehensible approach aimed at de-escalation through normalization of the humanitarian situation."

Earlier in the day, Russian Deputy Foreign Minister Gennady Gatilov cautioned the U.S. against any unilateral action in Syria.  He further added that Syrian army troops pose no threat to U.S. forces, and that the U.S. attacks on the Syrian armed forces are provocative in nature.

On Monday, White House Press Secretary Sean Spicer claimed that the U.S. had “identified potential preparations” for an attack “that would likely result in the mass murder of civilians, including innocent children.”  He added that Syrian President Bashar al-Assad and the Syrian military would “pay a heavy price” if they went ahead with the alleged plan.

Different foreign-backed terrorist groups have been wreaking havoc in Syria since 2011.  Over the past few months, Syrian forces have made sweeping gains against Takfiri elements, who have lately increased their acts of violence across the country following a series of defeats on the ground.