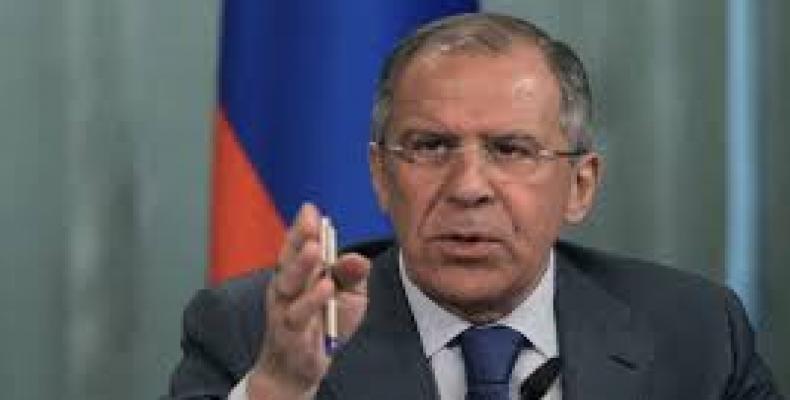 Lavrov made the warning during a telephone conversation with U.S. Secretary of State Rex Tillerson on Thursday, adding Moscow expected support for normalizing relations from the U.S. side, according to a statement published on the website of the Russian Foreign Ministry.

The U.S. Treasury Department earlier this week imposed additional sanctions on Russia over its actions in Ukraine, blacklisting 38 individuals and entities.  "Such actions seriously endanger the whole complex of Russia-U.S. relations, which is already experiencing a difficult period," the statement said.

The Ministry said the Russian side was forced to postpone the meeting on tackling accumulated problems in bilateral relations between deputy foreign ministers scheduled for June 23rd.

"Lavrov stressed that Moscow is waiting for a response to the Russian proposals sent earlier to Washington on the normalization of these relations," the statement read.

Tensions between Russia and the U.S. were exacerbated this week as a result of the U.S. new move.  Earlier on Thursday, Russian Foreign Ministry spokeswoman said that Moscow is preparing a tit-for-tat response to Washington's new set of sanctions.