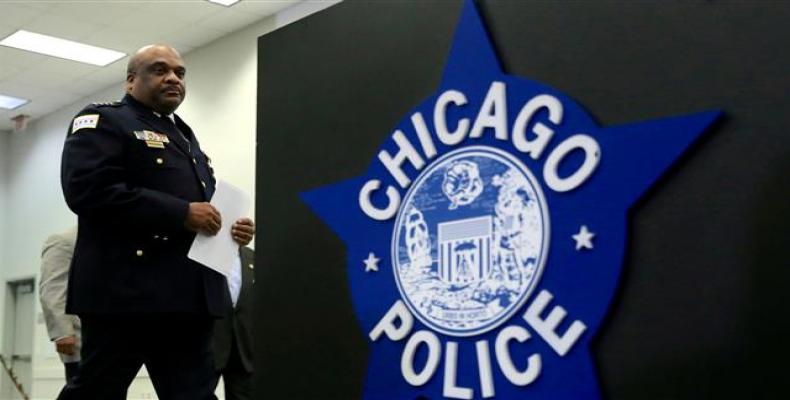 “We are foundationally changing the way we fight crime in Chicago,” Chicago police Superintendent Eddie Johnson said in a statement on Friday.

The statement came after Trump tweeted, “Crime and killings in Chicago have reached such epidemic proportions that I am sending in Federal help. 1714 shootings in Chicago this year!”

Authorities confirmed to The Chicago Sun-Times on Thursday that about 20 additional agents with the U.S. Bureau of Alcohol, Tobacco, Firearms and Explosives have been sent to the city.  The new agents will join the state police and local detectives to create what will be called the “Chicago Crime Gun Strike Force.”

Although the Chicago government and the city police have implemented a series of security measures, including beefing up the police force and buying back guns, not much has improved.

According to data from the Chicago Police Department, 762 people became victims of gun violence in 2016, a staggering statistic that represents the largest spike in decades.

Firearms are the cause of death for more than 33,000 people in the United States every year, a number that includes accidental discharge, murder, and suicides, according to the US Centers for Disease Control and Prevention (CDC),

According to the Virginia Center for Public Safety, since former President John F. Kennedy’s assassination in 1963, more Americans have been killed as a result of gun violence than all U.S. wars.