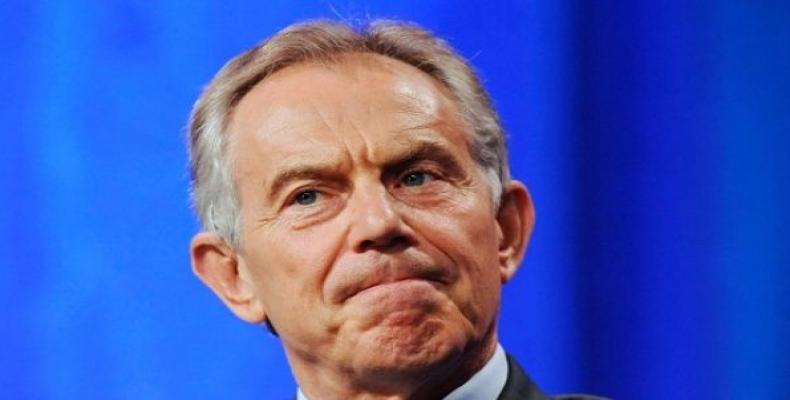 London, July 7 (RHC)-- John Chilcot has said he does not believe Tony Blair was “straight with the nation” about his decisions over the invasion of Iraq, the chairman of the inquiry into the war told the BBC.

One year after the publication of his damning report into the war, Chilcot said the former prime minister had been "emotionally truthful" in his account of events leading up to the war during the inquiry, but he replied on beliefs rather than facts.

“Any prime minister taking a country into war has got to be straight with the nation and carry it, so far as possible, with him or her.  I don't believe that was the case in the Iraq instance," Chilcot said in the interview.  “Tony Blair is always and ever an advocate.  He makes the most persuasive case he can.  Not departing from the truth but persuasion is everything,” he added.

Chilcot’s report, published in July last year after a seven-year inquiry, found that the former Iraqi leader Saddam Hussein posed “no imminent threat” at the time of the invasion of his country in 2003.  The report also found that the war was fought on the basis of “flawed” intelligence and the Cabinet’s decision to invade was made in circumstances that were “far from satisfactory.”

Speaking after the publication of the report last year, Blair said he accepted that the intelligence had been wrong and post-war planning had been poor but insisted that he did what he thought was the "right thing" at the time.

Chilcot said Blair made the case for the war “pinning it on my belief, not on the fact, what the assessed intelligence said.”  Asked if he felt Blair had given the fullest version of events to the inquiry, Chilcot said: “I think he gave an — what was — I hesitate to say this, rather, but I think it was, from his perspective and standpoint, emotionally truthful and I think that came out also in his press conference after the launch statement.”

“I think he was under — as you said just now — very great emotional pressure during those sessions … He was suffering. He was deeply engaged.  Now in that state of mind and mood you fall back on your instinctive skills and reactions, I think.”

Chilcot’s comment came a day after a British high court heard a case seeking to revoke Blair’s immunity from prosecution over the war.  In response to Chilcot's interview, a spokesman for Blair said: "The BBC headline stems from words put into John Chilcot’s mouth by the interviewer. A full reading of the interview shows that Sir John makes clear that Mr. Blair had not 'departed from the truth'.”

“Sir John also makes clear that on the eve of the invasion Mr. Blair asked the then chair of the joint intelligence committee: ‘Can you tell me beyond any reasonable doubt that Saddam has weapons of mass destruction?’ To which the answer was: ‘Yes I can.’ He was entitled to rely on that.”

In the invasion and subsequent occupation of Iraq by U.K., U.S. and allied forces, over 1,000,000 Iraqis were killed according to a 2015 report by Nobel Peace Prize winners Physicians for Social Responsibility and Physicians for Global Survival and International Physicians for the Prevention of Nuclear War.