Report Reveals At Least 624 Civilians Killed in U.S.-Led Strikes in Iraq and Syria 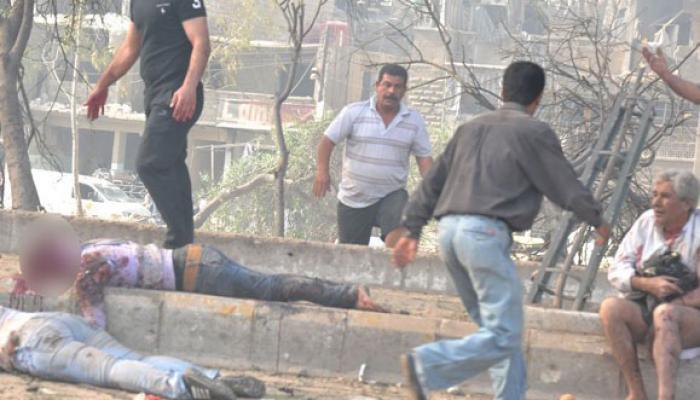 Washington, August 5 (RHC)-- A report released by the U.S.-led coalition says its airstrikes against purported Daesh targets in Syria and Iraq have claimed the lives of at least 624 civilians since the start of the military campaign in 2014.

The coalition made the announcement on Friday, claiming that the civilians had been accidentally or “unintentionally killed” over a span of 34 months between August 2014 and June 2017.

“Although the coalition takes extraordinary efforts to strike military targets in a manner that minimizes the risk of civilian casualties, in some incidents casualties are unavoidable,” it added.

“In each of the incidents, the investigation assessed that although all feasible precautions were taken and the decision to strike complied with the law of armed conflict, unintended civilian casualties unfortunately occurred,” the coalition claimed.ç

The reported estimate of civilian deaths comes as independent monitors have time and again challenged such reports and revealed that the US-led military campaign has significantly inflicted more civilian casualties.

Airwars, a UK-based non-profit monitoring group, says at least 4,734 civilians have been killed by coalition air strikes in Iraq and Syria during the same period.

The co-called Syrian Observatory for Human Rights says the 42,234 documented airstrikes in the country have resulted in a minimum estimate of some 7,000 civilians killed by the U.S.-led coalition between 2014 and 2017.

The U.S.-led coalition of 68 nations has been conducting airstrikes against what are said to be the positions of Daesh terrorists inside Syria since September 2014 without any authorization from the Damascus government or a UN mandate.