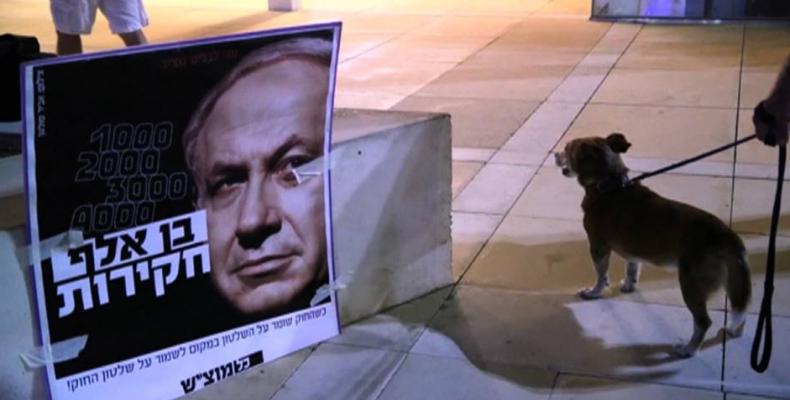 Prime Minister Benjamin Netanyahu said: "Both the left-wing opposition and the media, who are one and the same, know this, and they are enlisting now in an obsessive, unprecedented hunt against me and my family, aiming to oust the government."

Over the weekend, thousands of protesters rallied outside the home of the Israeli attorney general to protest against corruption and President Benjamin Netanyahu, who is facing a criminal investigation into allegations of bribery, fraud and breach of trust.

Netanyahu has been accused of trading political favors for $130,000 worth of luxury gifts, including cigars and champagne. He’s also reeling from leaked transcripts of secret recordings that show he traded favors for positive coverage from Israel’s dominant newspaper.