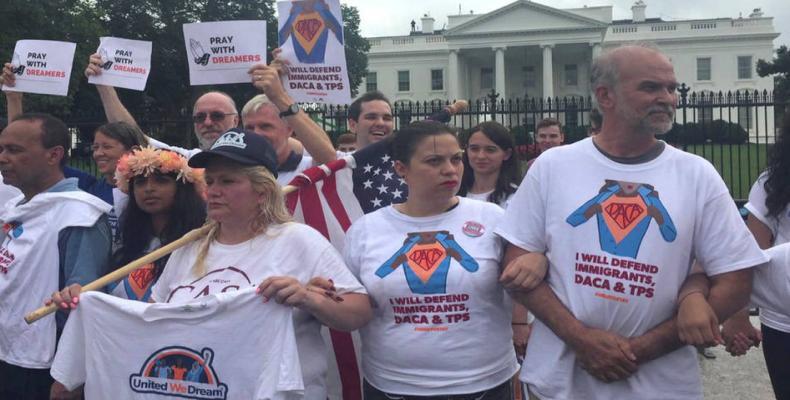 Washington, August 16 (RHC)-- In the United States, 27 activists were arrested Tuesday at a sit-in protest outside the White House, where they called on the Donald Trump administration not to end DACA, or Deferred Action for Childhood Arrivals.

The policy, which was first implemented five years ago, grants legal protection for some young immigrants to live and work in the United States.

Among those arrested were Maryland gubernatorial candidate and former NAACP chair Ben Jealous and Illinois Democratic Congressmember Luis Gutiérrez.  Hundreds more rallied for DACA in cities around the United States.