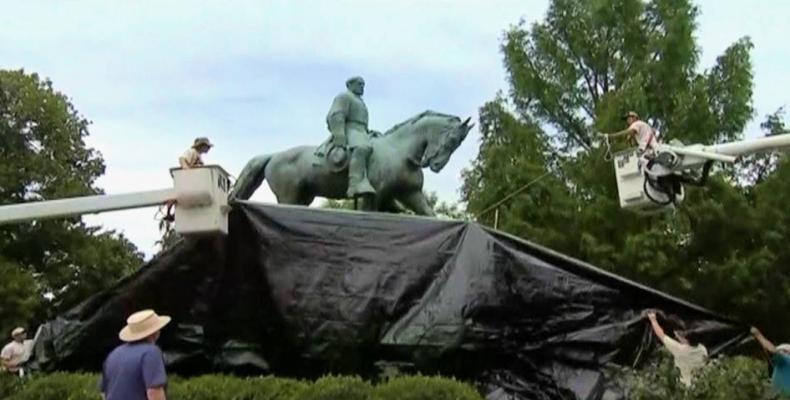 Charlottesville, August 25 (RHC)-- In the U.S. state of Virginia, residents of Charlottesville cheered and celebrated as workers covered two Confederate statues — one of General Robert E. Lee and another of General Stonewall Jackson — with black fabric in order to mourn the death of Heather Heyer, who was killed by a neo-Nazi during a white supremacist rally on August 12th.

The city councilors voted unanimously in favor of covering the statues earlier this week, after a highly contentious town hall meeting on Monday.  Hundreds of residents ultimately shut down the meeting by protesting and demanding the resignation of city mayor Michael Signer.