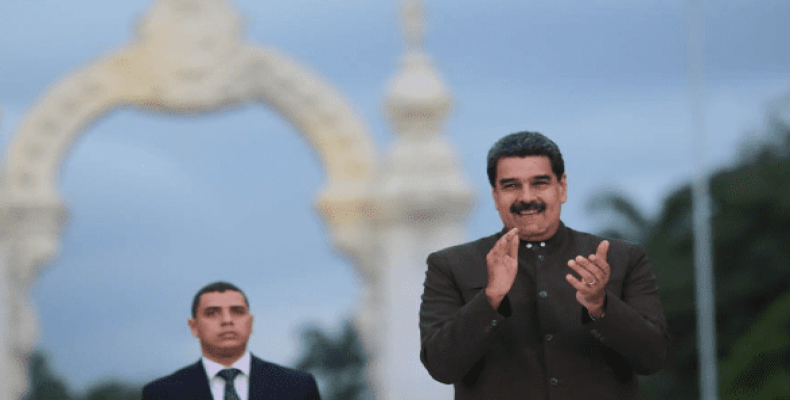 Caracas, October 20 (RHC)-- Venezuela's President Nicolas Maduro has said governors who do not subordinate to the National Constituent Assembly, the ANC, will not be able to take up their posts following last weekend's regional elections.

During a radio and television broadcast on Thursday, Maduro said: "Respect, or respect, it's that simple." Maduro's statement comes as opposition governors are at growing odds with one another over whether or not to take the oath of office in front of the ANC.

Among the dissenters in the opposition ranks, is the governor-elect of Nueva Esparta state, Alfredo Diaz. Diaz represents the opposition Democratic Action, AD, and favors taking the oath. His party had planned to ask the Democratic Unity Roundtable, MUD, to reconsider its position against recognizing the ANC.

In an interview with Noticiero Digital, he warned that if they did not, they could lose their governorships: "If the only alternative we have left to not give up our spot is to take the oath before the ANC so that they do not arbitrarily take our space, we must do it. I ask you to join us, it is not a matter of bowing our heads, or of giving up."

Maduro also had some choice words for the U.S. President Donald Trump. He said attacks by Trump, who criticized the regional elections, help to reaffirm his loyalty to the country.

"If the empire attacks me in this way, I am fulfilling my mission, I'm doing my job, I am being loyal to the principles of the country and of the people that deserve the protection of its government," he said.

"It is through democracy, vote, participation and we have triumphed on that path," said the president at the inauguration ceremony of the governor-elect Rodolfo Marco Torres.

"The right is accepting the results but foreigners try to intervene. No, nobody will be involved in Venezuela and we will continue to move forward in the way of voting, of expression," he added.

In addition, he reiterated that with the participation of 61.14 percent of the voters, "an impeccable victory of the people and of democracy" was evident, in contrast to the 30 percent participation with which the head of Spanish government Mariano Rajoy, or 33 percent of German Chancellor Angela Merkel were elected.