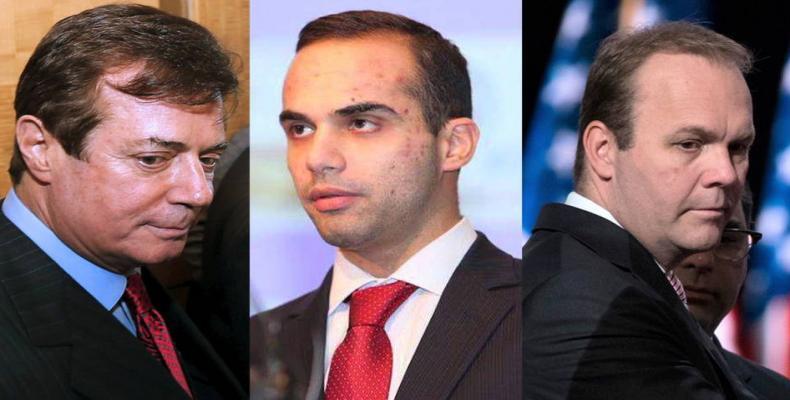 Both Manafort and Gates pleaded not guilty to all charges filed against them in a 12-count indictment, which included money laundering, acting as unregistered agents of Ukraine’s former pro-Russian government and conspiracy against the United States.

The arrests came as authorities announced a third former Trump adviser, George Papadopoulos, pleaded guilty in early October to lying to the FBI. Papadopoulos is cooperating with investigators in exchange for a more lenient sentence.

According to his plea deal, Papadopoulos was told that the Russians had “dirt” on Hillary Clinton, and through a series of communications with foreign agents, he tried to facilitate communication between the Trump campaign and Russian agents.

At the White House, spokesperson Sarah Huckabee Sanders said Monday the indictments have nothing to do with the president’s campaign or campaign activity.  She also said Trump was not planning to fire Mueller, as many conservative news outlets have demanded.