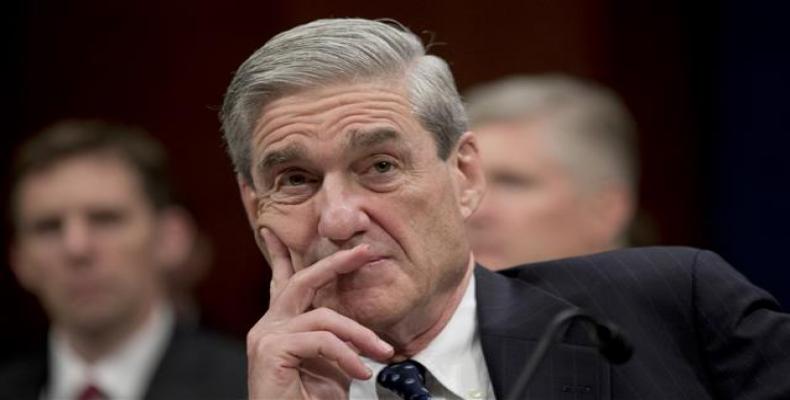 Washington, December 26 (RHC)-- A number of groups are organizing protests across the United States in the event that U.S. President Donald Trump decides to fire Special Counsel Robert Mueller, who is investigating the alleged Russian meddling in the 2016 presidential election.  About two dozen groups have made plans to launch an immediate response and hold demonstrations in hundreds of American cities if Trump fires Mueller, The Washington Post reported on Monday.

Lisa Gilbert, vice president of legislative affairs for Public Citizen, an environmental and government reform organization based in Washington, said: “It’s pretty rare that people would commit to mobilize around something that we don’t even know will happen, so it shows the energy and passion out there.”  And Gilbert added: “The reaction will be swift."

Organizers are urging Americans to sign up to protest at TrumpIsNotAboveTheLaw.org, which says it would be a "constitutional crisis" if the president fires the special counsel and would "demand an immediate and unequivocal response to show that we will not tolerate abuse of power from Donald Trump."

There has been speculation that Trump is planning to fire Mueller after he reportedly obtained "many tens of thousands" of private emails from his transition team, as part of the investigation into alleged collusion with Russia.  Trump, however, has claimed he will not fire Mueller, although his White House team is reportedly upset over Mueller’s probing of their e-mails.

The e-mails include conversations about sensitive topics, such as policy planning, potential appointments and the political views of senators involved in the confirmation process.  A lawyer for Trump’s transition team, Kory Langhofer, claimed Mueller had obtained the e-mails unlawfully.  The e-mails in question could shed light on critical events during the transition period last year, which have now become the focus of the Russia investigation.

Some of the e-mails belong to Jared Kushner, Trump’s son-in-law who is now his senior adviser.  They reportedly include Kushner’s meeting with a Russian banker with close ties to Russian President Vladimir Putin as well as a meeting between Kushner and the Russian ambassador, Sergey Kislyak, which was also attended by Flynn.

Investigators could use the e-mails to connect the dots on the events pertaining to Flynn's conversations with Kislyak — which he would later mislead FBI agents about during a January 24 interview.