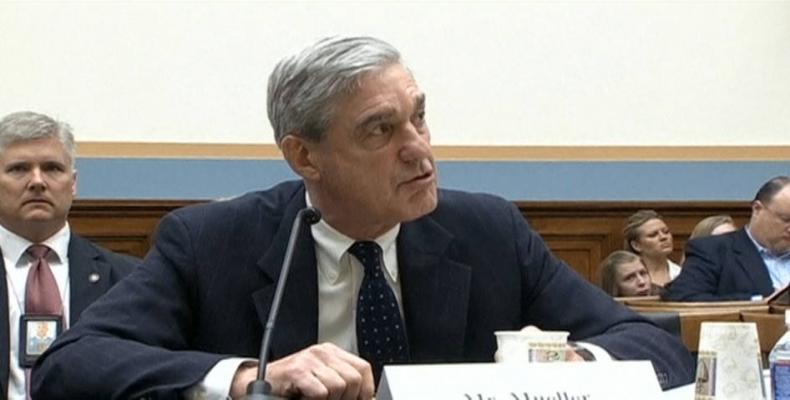 Washington, January 13 (RHC)-- U.S. President Donald Trump has refused to say whether he’d commit to being interviewed by special counsel Robert Mueller over allegations that his campaign worked with Russia to influence the 2016 election.

Trump was responding to a question about a New York Times report this week that Mueller informed Trump’s lawyers last month that he will probably seek to interview the president, although Mueller has not yet sent a formal request for the interview.  Fielding questions alongside Norwegian Prime Minister Erna Solberg, Trump said any interview “seems unlikely,” and repeated the phrase “no collusion” eight times in his roughly one-minute answer.