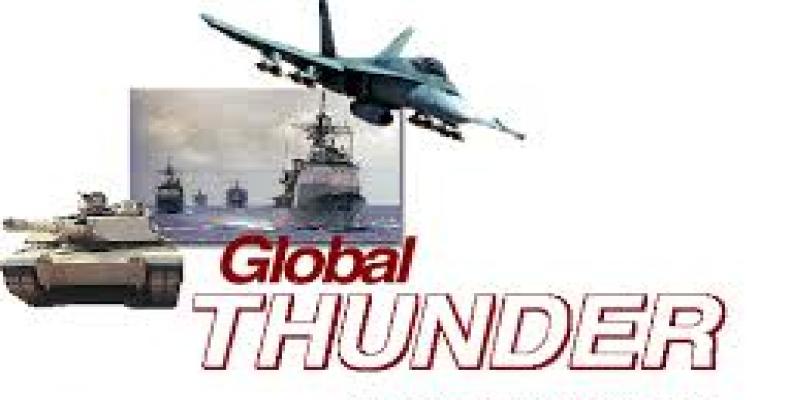 The Pentagon has not released many details about the exercise, but its mission statement is to prepare the American nuclear command center for war.  The drill comes as the U.S. is threatening to launch a military strike against North Korea with Russia and China warning against any such attack.  Moscow has spoken out over the drill, saying that "Russia's nuclear potential significantly outstrips that of the U.S.”

According to reports, U.S. forces are expected to practice first strike and missile defense exercises during the drill.  American B-52 Stratofortresses and B-2 bombers conducted strike missions during the last year’s drill.  "These exercises achieve the vision of a unified team, integrating all the capabilities of U.S. Strategic Command across the globe wherever and whenever needed,” U.S. Air Force General John Hyten said.  "We need to integrate our strategic capabilities in order to deliver multi-domain effects against any adversary, anywhere in the world, at any time,” he added.

According to reports, the administration of U.S. President Donald Trump is working on a new nuclear weapons policy that would end the post-Cold War disarmament and allow Washington to expand its arsenal.  Donald Trump and his top national security advisers discussed the matter in September at the White House, where the first draft of the new Nuclear Posture Review (NPR) was presented.

With the U.S. expanding its nuclear arsenal and developing so-called usable nukes, “the world will be on the edge of a nuclear apocalypse for years to come,” says Professor Dennis Etler.  Apparently, Congress and U.S. allies have been briefed on the progress of the new NPR, which is still being debated and is expected to be completed by the end of the year, The Guardian has reported.  Among the elements being considered under the expansion plan are new low yield warheads for ballistic missiles as well as sea-launched cruise missiles.

Washington is currently keeping some 450 long-range nuclear missiles in underground silos across the U.S., in addition to an undisclosed number deployed to its military bases in Europe.

A former U.S. Senate foreign policy adviser has said the risk of war between the United States and North Korea has increased by about 30 percent, after the U.S. Air Force decided to place its fleet of B-52 nuclear bombers on 24-hour alert for the first time since 1991.  James Jatras made the remarks in an interview with Press TV on Tuesday after General David Goldfein, the Air Force chief of staff, reportedly announced this weekend that Washington would rebuild and update old B-52 nuclear bombers and put them on high alert amid threats from North Korea.