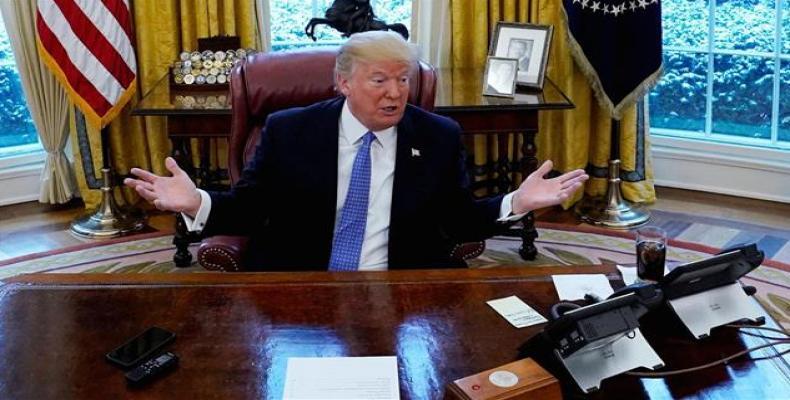 Washington, January 25 (RHC)-- A new poll reveals that a majority of Americans don't trust U.S. President Donald Trump with the authority to order nuclear attacks on other countries.

A Washington Post/ABC News poll finds 60 percent of respondents don't trust Trump with the authority, and only 38 percent say they trust the president to handle the authority to launch nuclear attacks on other countries.

The poll also finds that 52 percent of the public is worried that Trump will launch a nuclear attack without any justification.  About one-third of those respondents say they are "very" concerned.  The poll was conducted from January 15 to 18 among 1,005 adults and has a 3.5 percent margin of error.

The recent exchanges between U.S. and North Korean officials regarding their nuclear arsenals made news headlines across the globe.  It began with North Korean leader Kim Jong-un’s New Year’s address, insisting that he has a "nuclear button" on his office desk and warning that "the entire territory of the U.S. is within the range of our nuclear strike."

The U.S. president responded, saying that his nuclear button was bigger that Kim Jong-un's button... adding that his actually worked.