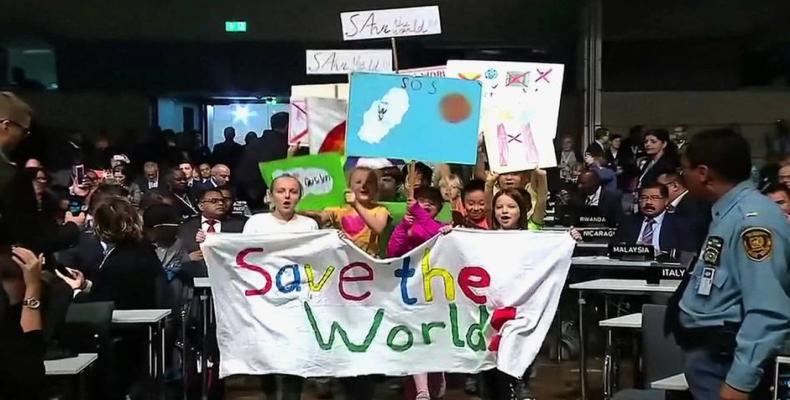 Bonn, November 9 (RHC)-- In Bonn, Germany, delegates to United Nations climate talks from nearly 200 nations have adopted a final agenda for the COP 23 convention, as they work to keep global temperature rise to less than 2 degrees Celsius.

Earlier this week, climate activists staged a demonstration inside the convention space, saying governments aren’t doing enough.  Dipti Bhatnagar of Friends of the Earth International said: “We’re seeing the poorest and the most vulnerable communities already facing horrific climate impacts.  We need the developed countries to drastically reduce their emissions now.  We need them to provide finance and means of implementation for us developing countries to be able to make the very much needed energy transformation.”

Syria’s government has now signed the Paris Agreement on climate change.  The move by President Bashar al-Assad’s government further isolates President Donald Trump, as he seeks to pull out of the deal.  A withdrawal would make the U.S. the only nation on Earth that’s not a part of the landmark 2015 agreement.

In related news, a thick blanket of toxic air pollution has covered the city of New Delhi, India, prompting a public health emergency.  In some parts of the city, air quality readings reached the maximum score that instruments can measure -- 999 -- with a score above 100 considered unsafe by India’s government.  The pollution is reportedly so bad, Delhi’s chief minister called the city a “gas chamber.”  A recent study by the medical journal Lancet found air pollution kills a half a million Indians prematurely each year.