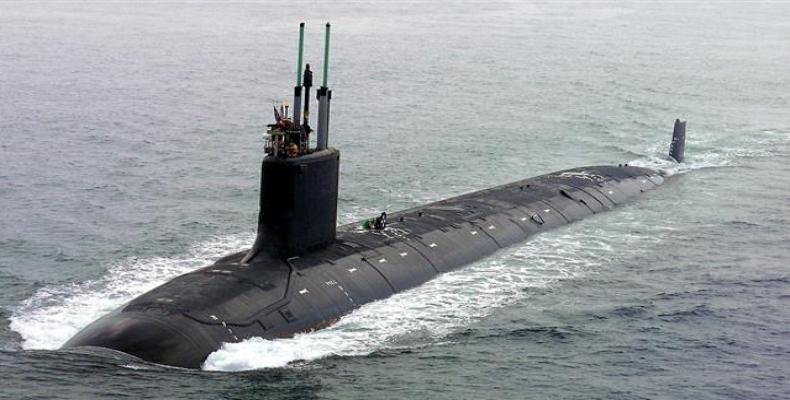 Seoul, November 9 (RHC)-- South Korea is reportedly negotiating with the United States to purchase a nuclear-powered submarine to boost its guard against alleged threats from North Korea, as U.S. President Donald Trump says Seoul will buy U.S. weapons worth “billions of dollars.”

South Korean news outlets made the announcement following Trump's two-day visit to the Far East Asian country as part of his Asia tour amid escalated tensions between Washington, the South's key security guarantor, and Pyongyang over North Korea's nuclear and missile programs.

“The strategic assets under discussion include a nuclear-powered submarine and a sophisticated surveillance asset,” the reports quoted an unnamed senior official of South Korean President Moon Jae-in’s office as saying.  The official, who spoke on condition of anonymity, added that Seoul would have “close consultations” with the White House about “these two” in the future.

Acquiring such advanced military assets by South Korea will definitely redraw the balance of power in northeast Asia and could start a regional arms race. Japan, another US ally in the region, does not have such subs and is barred from building a military under its post-World War II pacifist constitution.

Being indispensable to any seaborne nuclear deterrent, nuclear submarines can remain submerged for several months due to their air-independent propulsion.  This capability gives them a far greater range than their conventional diesel-powered counterparts.

After holding a summit with President Moon in Seoul, Trump said at a joint press conference with his South Korean counterpart that Seoul would be purchasing a large amount of U.S. weapons “whether it's planes, whether it's missiles, no matter what it is.”  The U.S. president added that Seoul would be ordering “billions of dollars of that equipment, which for them makes a lot of sense and for us it means jobs, reducing our trade deficit with South Korea.”

Moon provided no specific details of the planned purchases but he described them as “essential” for national defense.  South Korea is currently barred from developing domestic atomic weapons under a deal with the U.S., which in turn provides Seoul with a “nuclear umbrella” against potential attacks by the nuclear-armed North Korea.  The U.S. has 28,500 troops stationed in South Korea.