US and South Korea Begin Military Exercises Off the Korean Peninsula 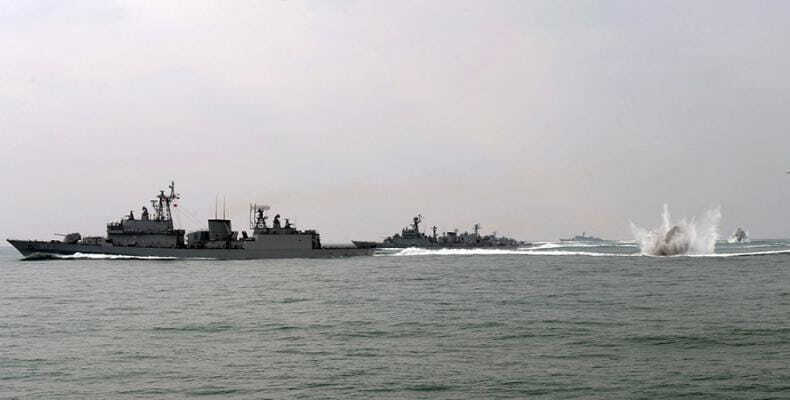 The maneuvers, which began Monday, involve fighter jets, helicopters and 40 naval ships and submarines from both countries, including the American aircraft carrier the USS ‘Ronald Reagan’.

According to the South Korean Navy, the drills are expected to include live-fire exercises by naval ships, as well as aircraft and anti-submarine training.

North Korea's deputy UN ambassador, Kim In-ryong warned the UN General Assembly on Monday that the crisis on the Korean Peninsula “has reached the touch-and-go point and a nuclear war may break out any moment.”

Speaking to the UN General Assembly's disarmament committee, the diplomat said North Korea is the only country in the world subjected to “such an extreme and direct nuclear threat” by the US.

He accused Washington of hatching a “secret operation aimed at the removal of our supreme leadership” and defended his country's nuclear arsenal, as being for self-defense.

Kim stated that “the DPRK consistently supports the total elimination of nuclear weapons and the efforts for denuclearization of the entire world.”  But not before the U.S. renounces its own nuclear arsenal.