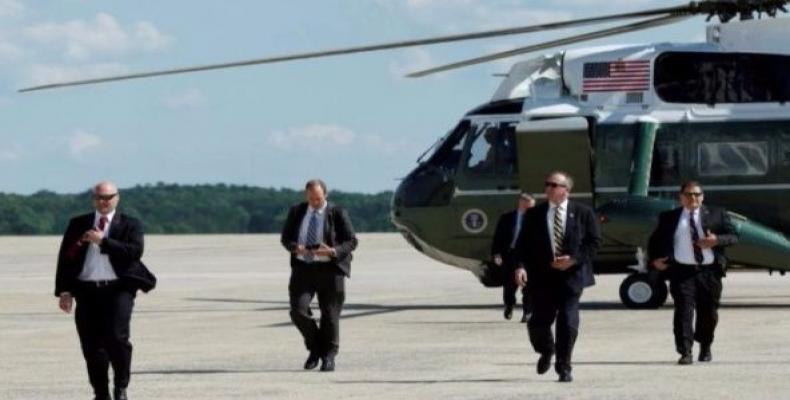 Washington, November 23 (RHC)-- Three U.S. soldiers working for the White House Communications Agency have been removed for “improper contact” with foreign women in Vietnam during U.S. President Donald Trump's official visit to the country as part of his Asian tour.

Defense Department spokesperson Mark Wright said, “We are aware of the incident, and it is currently under investigation,” according to PressTV, adding that they are accused of breaking curfew.  Tasked with providing secure communications for the president, vice president, secret service and other officials, the military personnel now risk losing their security clearances if investigators prove their guilt.  Additional punishment can come in the form of administrative discipline or court-martials.

The new allegations follow similar accusations made against four other security agents from the same team during U.S. Vice President Mike Pence's official visit to Panama in August.  However, they were spirited back to the United States prior to Pence's arrival and suspended.

In 2016, reports of over a dozen U.S. Secret Service agents procuring Colombian prostitutes and engaging in a fist-fight at a local brothel marked former U.S. President Barack Obama’s participation at the 6th Summit of the Americas in Cartagena in 2012.

The latest scandal involving U.S. agents linked to the White House comes amid broader allegations of sexual misconduct in Hollywood and the mainstream media.