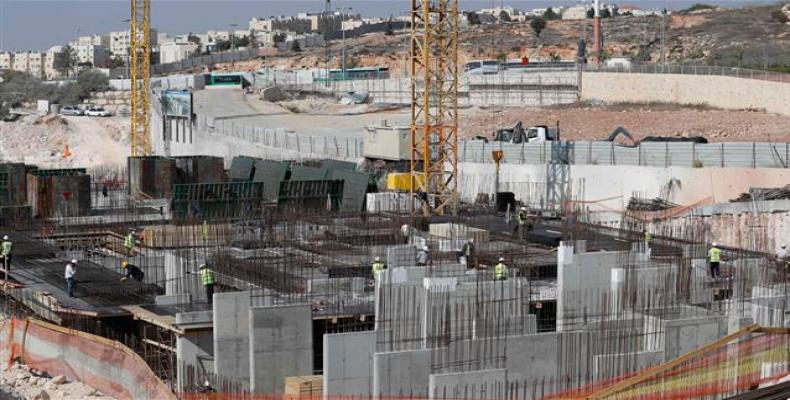 Tel Aviv, December 13 (RHC)-- Emboldened by U.S. President Donald Trump's recognition of Jerusalem as Israel's capital, the Israeli regime is reportedly planning to push ahead with plans to build around new 14,000 settler units in the city.

Under the plan, pursued by Israeli housing minister Yoav Galant, 5,000 units would be built in the northern parts of the city and just outside Ramallah.  There would be 1,000 units built in East Jerusalem, while the remaining 8,000 units were to be built in the city's western parts.  The plan is expected to draw fire from Palestinians, who want the occupied West Bank as part of their future independent state with East Jerusalem as its capital.  Israel, on the other hand, lays claim over the whole city as its capital.

Last week, Trump declared the city as Israel's capital and said that he would relocate the U.S. embassy from Tel Aviv to Jerusalem.  “Following President Trump's historic declaration, I intend to advance and strengthen building in Jerusalem," Galant was quoted as saying.

Apparently, Galant's plan enjoys strong support in the Prime Minister Benjamin Netanyahu's cabinet.  "There are no more excuses. There are no more reasons why we should not build in the city, when the president of the United States views it as the undisputed capital of Israel," other cabinet members were quoted as saying by Israeli media.

Much of the international community regards the Israeli settlements as illegal because the territories were captured by Israel in the 1967 Six-Day War and are hence subject to the Geneva Conventions, which forbid construction on occupied lands.

Last month, the European Union urged the Israeli regime to stop plans for the construction of new settler units in the occupied West Bank, warning that such moves undermine peace efforts.