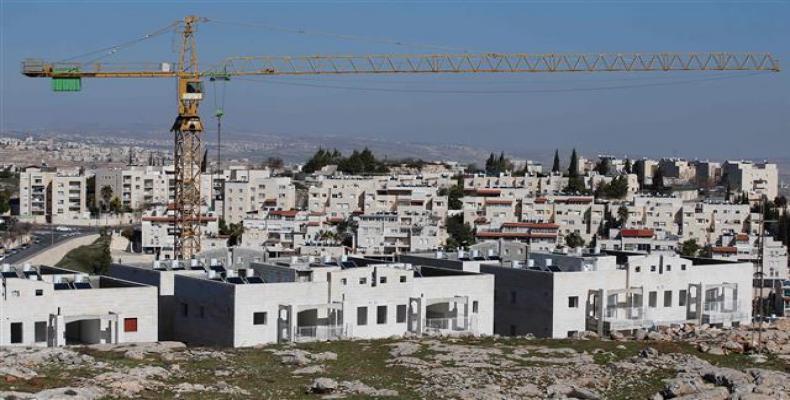 The so-called Jerusalem Local Planning and Construction Committee approved on Wednesday the construction of the new structures in the East Jerusalem neighborhoods of Pisgat Ze'ev and Ramat Shlomo.

The project is part of a major drive by the Tel Aviv regime to build more settlements on the occupied lands.  The U.S. administration has given the go-ahead to the Israeli construction activities.

In a statement released on Wednesday, the Palestinian Foreign Ministry said the new construction project in East Jerusalem  was in defiance of United Nations Security Council Resolution 2334.  The resolution, which was adopted in December 2016, condemned the settlements as a “flagrant violation of international law."

The project is an attempt to seize more Palestinian lands and block international efforts to revive negotiations between Palestinians and Israelis over the so-called two-state solution to the decades-long conflict between the two sides, the ministry said.

It further urged the international community to assume responsibility toward international resolutions and take measures to implement Resolution 2334 in order to pressure Israel into abandoning its settlement expansion policy.

More than 230 Israeli settlements have been built since the 1967 occupation of the Palestinian territories.  The international community views the Israeli settlements as illegal under the Geneva Conventions, which forbid construction on occupied territory.

Earlier this month, the Israeli parliament approved a controversial law targeting what are said to be illegal constructions amid criticisms that the legislation will disproportionately affect Palestinians and Arab communities.