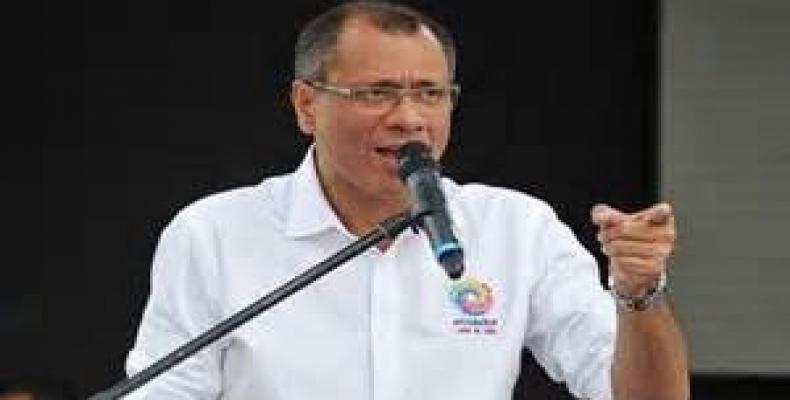 Moreno made the announcement at a beginning of a meeting of his cabinet Wednesday.

According to Ecuadorean Constitution, the Vice-President can only be absent from office for 90 days, after which should be ceased from office.

Moreno will now have 15 days to propose three names for a new vice-president, but he's expected to make the announcement sooner.

Observers point to Maria Alejandra Vicuña, the current temporary Vice-President, Maria Fernanda Espinosa, Minister of Foreign Affairs, and Rosana Alvarado, Justice Minister, as possible contenders for the post, according to statements made to Telesur by Ricardo Zambrano, the Executive Director of PAIS Alliance.

Glas was put in preventive detention last October 2 accused of illegal association related to the Brazilian Odebrecht bribery and corruption case. He was found guilty and condemned to six years in prison on December 13.