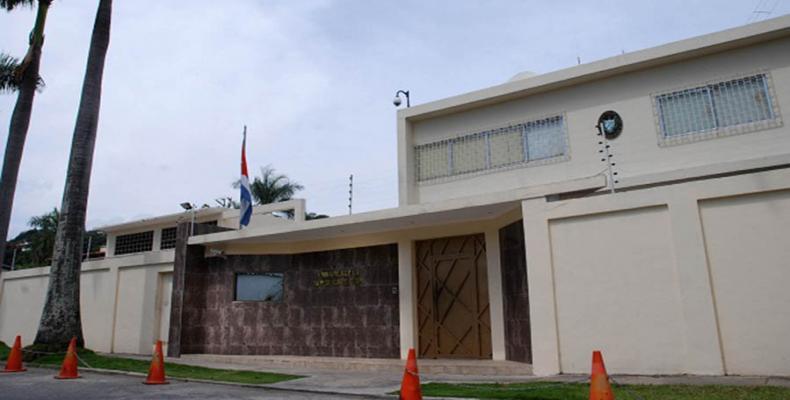 Caracas, January 16 (RHC-Prensa Latina)-- The Cuban embassy in Venezuela would have been the target of a car-bomb attack planned by a terrorist cell that was destroyed Monday evening by security forces.

On its Twitter account, La Tabla, an alternative news media, reported that plans against the Cuban diplomatic mission were discovered by Venezuelan intelligence.

Meanwhile, Venezuelan authorities confirmed that the same group, responsible for an armed attack on several government buildings last year, was dismantled after a confrontation with security forces.

"These terrorists, who were heavily armed with high-caliber weapons, opened fire on the officials responsible for their capture and attempted to detonate a vehicle loaded with explosives," said a statement from the Venezuelan Interior Ministry.

According to an Interior Ministry press release, police surrounded a house in the El Junquito area of western Caracas and exchanged gunfire with the terrorists, leaving two police officers dead and five wounded.  At least five terrorists were killed and five captured, according to the statement.

"We want to congratulate the action of all the police and military officials who participated in the operations to neutralize this terrorist group," added the Interior Ministry statement.

The leader of the terrorist cell, Oscar Perez, a former elite police officer and pilot, has been on the run since June 2017 when he and several unidentified accomplices used a stolen police helicopter to throw four grenades at the Supreme Tribunal in Caracas.  They also shot at the Interior Ministry with firearms from the helicopter.

Venezuela's government described Oscar Perez as a "fanatic, extremist terrorist" and a manhunt had been underway for months.