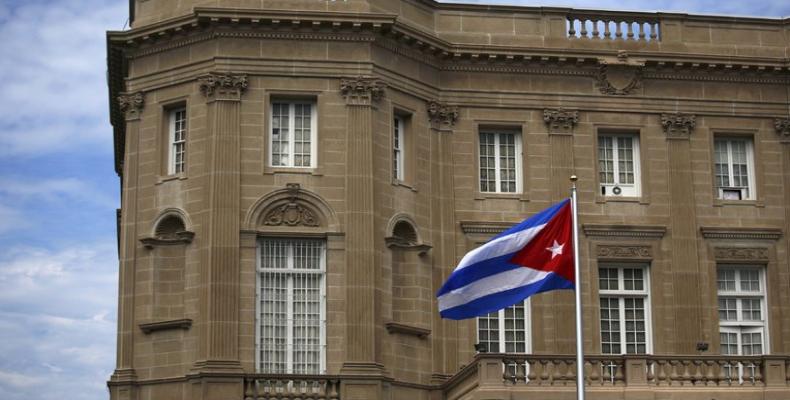 Havana, October 3 (RHC)-- Meeting in Cuba, RESPECT -- the largest association of U.S. organizers of travel to Cuba -- unanimously rejected the Trump Administration’s Cuba travel warning and its decision to withdraw diplomatic staff from its Havana embassy.

The reaction came in response to Washington’s announcement that it is withdrawing 60 percent of non-emergency staff from the U.S. Embassy in Havana and is warning U.S. citizens to avoid travel to Cuba.  The justification for both is unexplained health problems that 21 Havana-based U.S. diplomats have reported.

In addition, unidentified U.S. officials said the U.S. Consulate in Havana would suspend issuing entry visas to Cubans, indefinitely.  The U.S. Embassy will continue to provide emergency services to U.S. citizens in Cuba.

“Based on the evidence thus far and the fact that the State Department says no other U.S. citizens have been affected, we believe that its decision is unwarranted, and are continuing to organize travel to Cuba and encourage others to do so,” said Bob Guild, RESPECT Co-Coordinator and Vice President of Marazul Charters traveled to Havana.  He stressed that U.S. citizens and residents can legally travel to Cuba under U.S. law and that the State Department advisory in no way prohibits U.S. persons from traveling to the island.

RESPECT is joined by U.S. commercial airlines and others in the travel industry who have publicly expressed their intention to continue Cuba travel.  Gail Reed, RESPECT Co-Coordinator and MEDICC Founder, noted: “Cuba remains a very safe destination for U.S. travelers.”