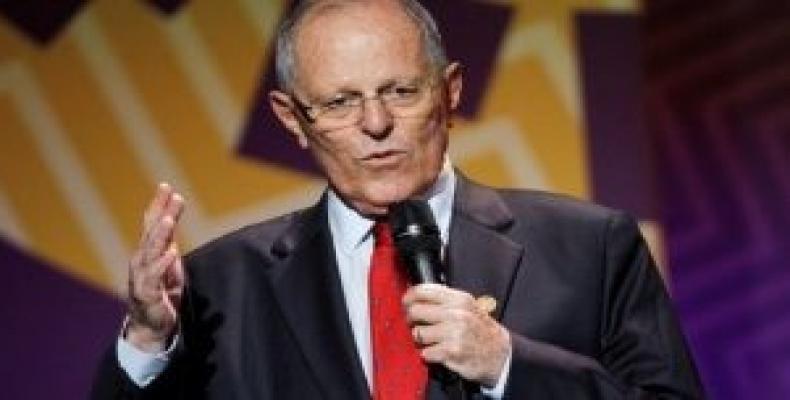 Lima, March 21 (RHC)--Peruvian President Pedro Pablo Kuczynski has resigned following the latest scandal resulting from a series of videos in which his supporters are seen trying to buy votes in Congress to avoid an impeachment process, the Peruvian press reported.

'In this way, this turbulent government comes to an end.  It was marked by the constant friction between the Executive and Congress,' the newspaper La República on line edition reported Wednesday afternoon.  The Gestion newspaper also reported the resignation.

Kuczynsk´s departure takes place the day before the national Congress would initiate a second impeachment process based on the accusations that he had received money from the Brazilian company Odebrecht, as part of an immense corruption web throughout the continent.

Kuczynski denies allegations of corruption, and promised an orderly, constitutional transition of power. Congress is expected  to discuss his request to leave tomorrow. It may accept Kuczynski´s resignation or proceed with its plan for a vote to force him from office.

Repotedly, if the Peruvian Congress accepts the resignation, the power would be transferred to Vice President Martin Vizcarra, who is currently serving as Peru's ambassador to Canada.