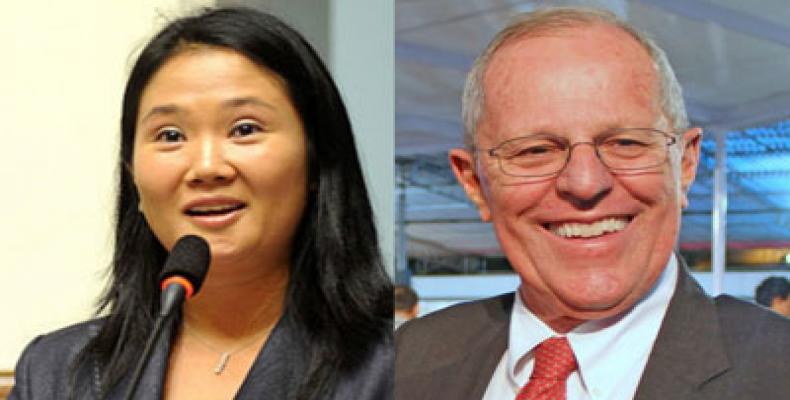 With nearly 90 percent of the ballots counted by early Monday morning, the 77-year-old Kuczynski had 50.5 percent of the vote compared to 49.6 percent for Fujimori.

Kuczynski supporters are optimistic that his lead will prevail after two unofficial counts showed him winning by at least one percent, though the margin remains too narrow to declare victory.

Keiko Fujimori has shown no sign she's ready to concede, saying the figures point to a technical tie and that she would wait for official results.

The two candidates, who were virtually tied in pre-election polling, largely offer continuity with the current neoliberal system and are both right-of-center.  Many Peruvians are suspicious of Fujimori because of her father’s repressive policies, with thousands of Peruvians hitting the streets in the lead-up to elections for several anti-Fujimori rallies.