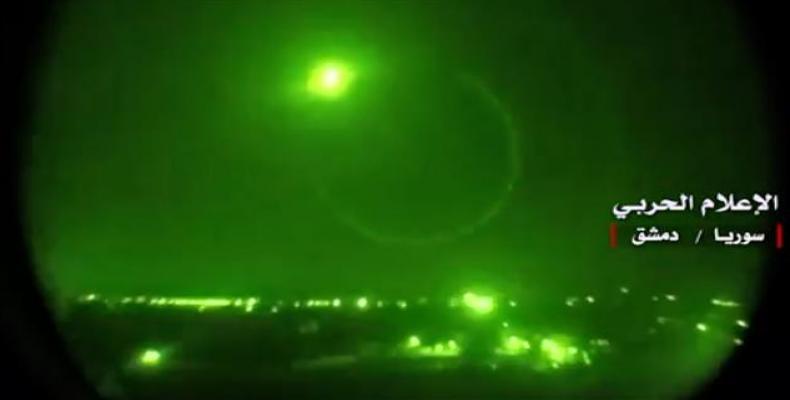 Damascus, May 25 (RHC)-- Syrian air defense systems have repelled a missile attack on an airport near the western city of Homs, less than a day after U.S.-led coalition jets targeted several Syrian military positions in the country's eastern Dayr al-Zawr province.

"One of our military airports in the central region was exposed to a hostile missile attack, and our air defense systems confronted the attack and prevented it from achieving its aim," Syria's official news agency, SANA, reported on Thursday night.

The news agency had earlier said that sounds of explosions were heard near Dabaa airport, which lies about 20 kilometers southwest of Homs near the Lebanese border.

There have been no immediate reports of possible casualties, but Britain-based Syrian Observatory for Human Rights said "six missiles" had targeted the Syrian military airport, which it said stationed fighters from popular defense groups allied with government forces. "The missiles would have been fired by Israel," the monitoring group added.

When asked about the Thursday night attack, Pentagon spokesman Lieutenant Colonel Kone Faulkner claimed the strike was not carried out by U.S. forces.

The attacks come amid reports of the full liberation of neighborhoods south of the Syrian capital Damascus from the clutches of the Daesh Takfiri terrorist group. Syrian army troops and pro-government fighters had been fighting since April 19 to recapture the area covering Yarmouk camp and the adjacent districts of Qadam, Tadamun and al-Hajar al-Aswad.