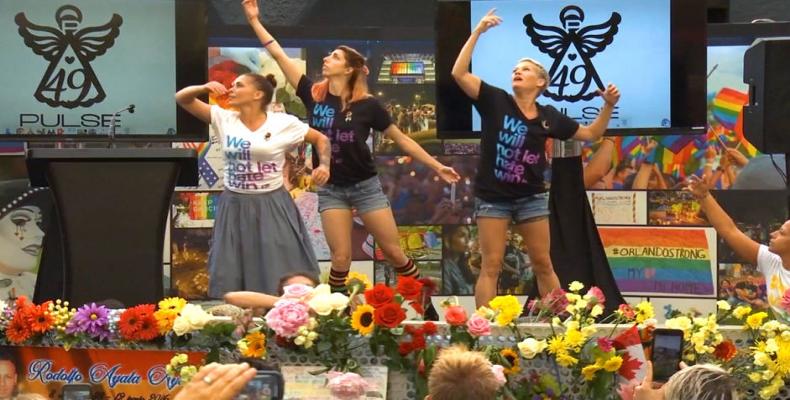 Orlando, June 14 (RHC)-- In Orlando, Florida, hundreds gathered outside of the Pulse nightclub to honor the 49 people who were killed two years ago in one of the deadliest attacks ever on the LGBT community in the United States.  The majority of those killed were young LGBT people of color.

Meanwhile, also in Florida, students and activists organized a die-in near Trump’s Mar-a-Lago resort to demand the administration take action to curb gun violence.  Among those protesting and participating in vigils Tuesday were survivors of the Valentine’s Day massacre at Marjory Stoneman Douglas High School that killed 17 people in Parkland, Florida, earlier this year.