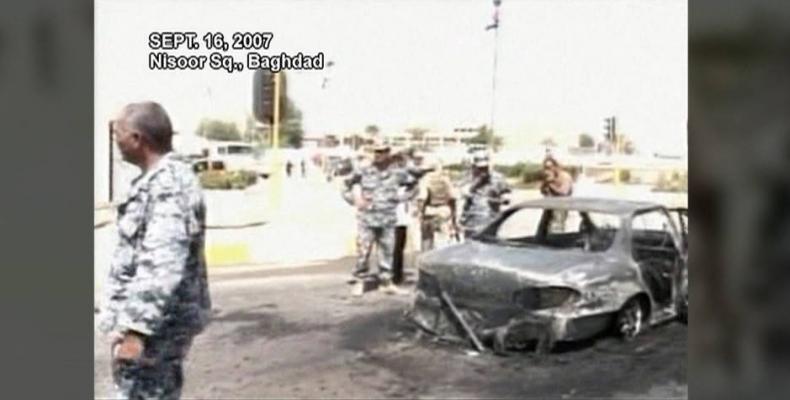 Washington, September 19 (RHC)-- In the U.S. capital, a Blackwater contractor will stand trial for first-degree murder for the third time over his role in the 2007 Nisoor Square massacre in central Baghdad, where Blackwater mercenaries killed 17 civilians after opening fire with machine guns and grenades on a crowded public space.

The attack has been called the “My Lai massacre of Iraq.”  In 2014, Nicholas Slatten was convicted on murder charges over the massacre and sentenced to life in prison, but an appeals court later voided that conviction.

In addition to throwing out Slatten’s murder conviction, the panel also overturned the 30-year terms given to the other defendants, saying the sentences violated the Constitution’s prohibition on cruel and unusual punishment.  Slatten’s second trial ended in a hung jury two weeks ago.