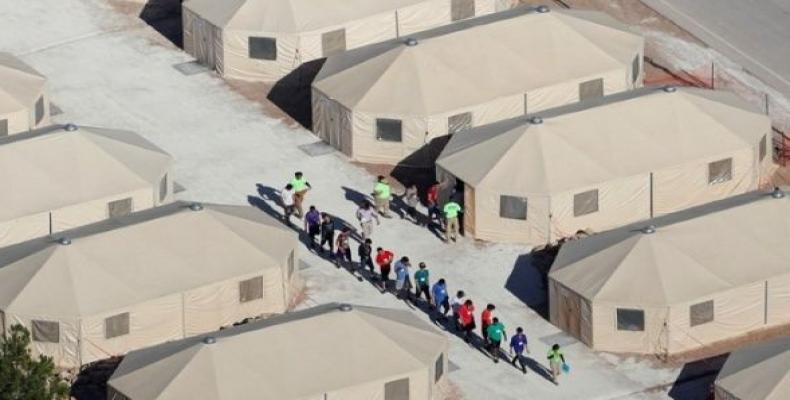 Los Angeles, July 11 (RHC)-- U.S. President Donald Trump's administration request to allow long-term detentions of undocumented immigrant children, which was included in an executive order to end the practice of separating parents and children at the border with Mexico, was rejected on Monday by U.S. federal judge Dolly Gee.

Gee is the Los Angeles U.S. District Court Judge who dismissed the Justice Department's plea to modify the Flores settlement, from 1997, which says that children can only be held in immigration detention for up to 20 days.

As part of Trump's widely criticized "zero-tolerance policy," declared in April 2018, authorities have detained over 2,000 children and separated them from their families, since early May.

The government had requested the modification to the Flores settlement, in June, to allow authorities to keep underage undocumented immigrants and their parents together in detention centers.  The action came after global outcry and demonstrations against the practice of separating families, which was implemented by the U.S. government.

"It is apparent that the Defendants' application is a cynical attempt to shift responsibility to the Judiciary for over 20 years of Congressional inaction and ill-considered Executive action that have led to the current stalemate," Judge Gee said Monday, during the ruling.

Reports say some of the parents have already been deported, while others were released and cannot be located by the government.  Some parents had allegedly failed criminal background checks while others were unable to prove parentage.  As a result, not even half of the children under five were reunited with their parents by the July 10th deadline.