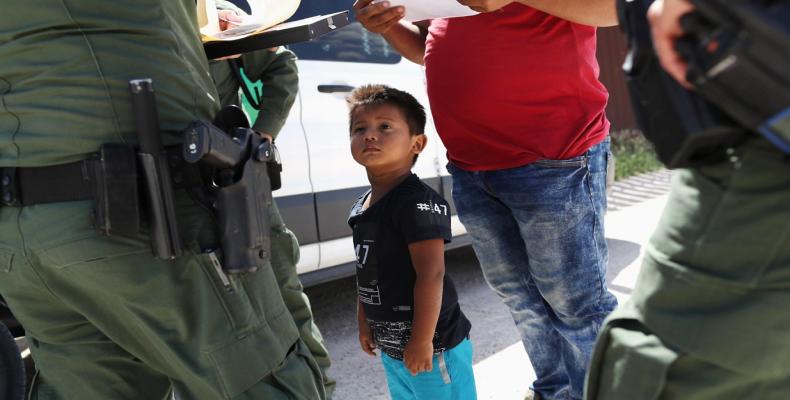 Washington, July 30 (RHC)-- The Donald Trump administration may have deported up to 463 parents of children separated by immigration officials at the border, even as their children remain in U.S. custody.

New U.S. government filings reveal nearly 500 of these parents are no longer in the country.  In total, nearly 1,000 children are still in U.S. custody, waiting to be reunited with their parents.

Trump administration officials say the parents voluntarily agreed to leave their children behind.  But in court papers filed last week, the American Civil Liberties Union, the ACLU, argued many parents say they were coerced or misled into signing forms they could not read, and were confused about what they were actually agreeing to.