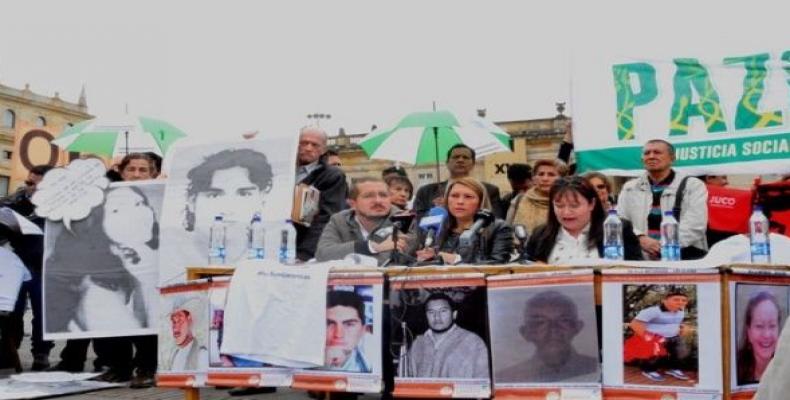 Bogota, August 1 (RHC)-- At least 311 social leaders, rural activists and human rights defenders have been murdered throughout Colombia so far this year.

The Colombian Prosecutor's Office revealed that there have been more than a thousand reports of death threats and harassment against social leaders and ex-combatants of the Fuerza Alternativa Revolucionaria del Común (FARC) political party during 2018, reportsTelesur.

“So far this year, the entity has received 1,291 complaints from social leaders and demobilized members from the now defunct FARC-EP ' a report from the Prosecutor´s Office said.

At least 85 community leaders who participate in the process of replacing illicit crops have been intimidated by armed groups, who are trying to force them to continue with the illicit crops.

Most of the complaints have been made in the states of Cauca, Nariño and Putumayo, territories where other armed groups are operating since FARC´s demobilization.