27 social leaders killed so far this year in Colombia 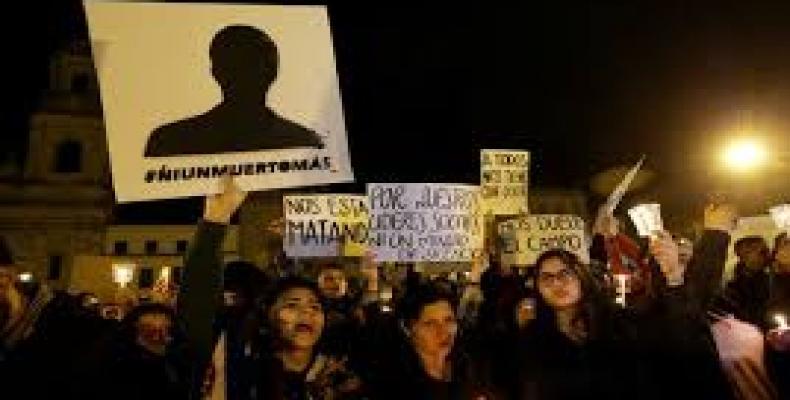 Bogota, January 29 (RHC)-- The Colombian Institute for Development and Peace Studies (Indepaz) revealed that in the first 27 days of 2020, 27 social leaders and four former combatants and signatories of the 2016 Peace Agreement have been killed.

The figure was released after the recent assassination of the social leader Fernando Quintero Mena, in the northern municipality of Convencion, at the hands of armed men.

As one human rights defender is murdered on average in Colombia every day, the United Nations High Commissioner for Human Rights Office in the Latin American country urged President Ivan Duque to take structural measures to protect the lives of leaders and ex-combatants protected under the peace process.

Colombia continues to be one of the most unstable countries in the region due to the insecurity experienced by social leaders and former members of armed groups who signed the peace agreement.   According to the U.N, since the peace agreement signing, more than 300 murders of human rights leaders have occurred; while another four ex-FARC members and peace agreement signatories have been murdered in 2020.