At least 14 killed by Brazilian military police in Rio 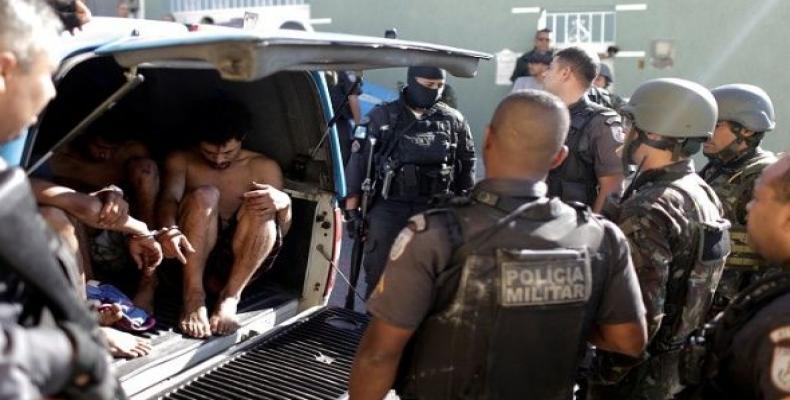 Rio de Janeiro, August 21 (RHC)-- At least 14 people were killed Monday in Rio de Janeiro during operations by soldiers and police in impoverished favelas and a suburb, officials and media reports said.

The military command heading security in Brazil's second-biggest city said eight people died in the sweep of favelas "and there could be more."  No details were given on how the people were killed or who they were.

In a separate incident in the Rio suburb of Niteroi, six suspected armed criminals were shot dead by police after a rush-hour car chase that briefly caused traffic chaos near one of Rio's main bridges, Agencia Brasil and G1 news site reported.

Brazil's military took over all security in Rio de Janeiro six months ago in the face of escalating violent crime and the local police's inability to combat the well-armed drug gangs because of corruption.

Since the operation began, both murders and the number of people killed in police confrontations have risen, casting doubts on a strategy criticized for relying on military tactics, a lack of transparency and unclear goals.

Nearly 64,000 people were murdered in Brazil in 2017, a record high, and the rise in violence has become a key issue ahead of presidential elections in October. Candidates across the political spectrum are trying to play up their crime-fighting credentials and appeal to an electorate fed up with a weak economy and endemic graft.