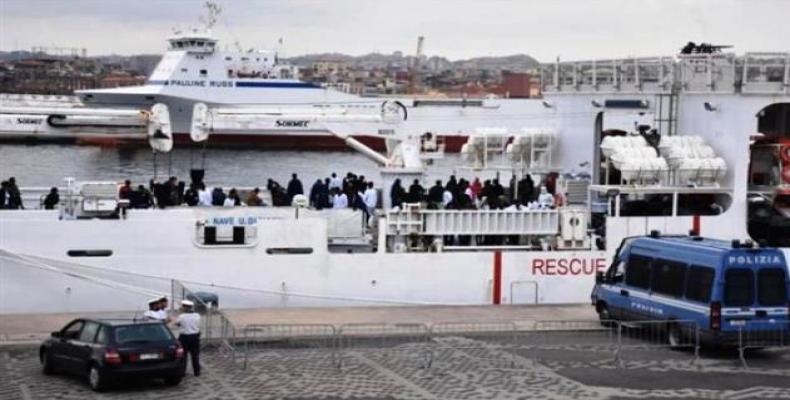 Rome, August 22 (RHC)-- The 177 refugees aboard the Diciotti rescue ship who arrived in the Sicilian seaport of Catania still remain on board as they have not received official authorization to disembark.  According to local media, Italian Interior Minister Matteo Salvini is refusing to authorize their arrival until Italy receives guarantees they will be relocated elsewhere in Europe.

Last week, some 190 refugees were rescued after being picked up from an overcrowded boat off the Lampedusa's coast.  Thirteen of them were evacuated to Italy to receive medical treatment.

Italy insisted that Malta should take the rest, arguing that the boat first passed through its search-and-rescue area.  However, Malta refused, saying that the refugees declined their assistance as they preferred to reach Italy.

Following the standoff with Malta, Salvini has threatened to send the refugees to Libya if other EU countries fail to take them in.