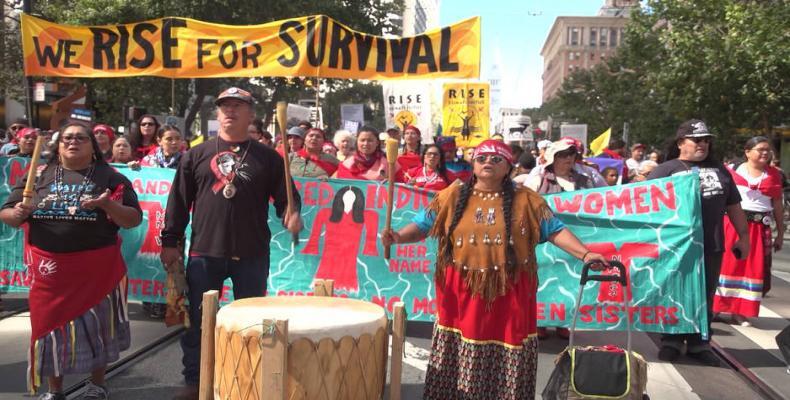 Paris, September 10 (RHC)-- Activists held hundreds of protests over the weekend in more than 90 countries as part of a worldwide day of action demanding urgent action to address climate change.

In France, tens of thousands of people joined climate marches across the country.  In northern India, about 10,000 students and teachers tied red ribbons to trees in an action to end deforestation.  In the Philippines, nearly 1,000 people marched in Manila to protest the country’s reliance on coal.

In New York City, 10 activists were arrested protesting in front of New York Governor Andrew Cuomo’s office to demand New York state transition to 100 percent renewable energy.  In Thailand’s capital Bangkok, about 200 people protested outside the U.N. regional headquarters, including fishermen and laborers whose livelihoods are threatened by rising sea levels.  In Australia, demonstrators demanded a halt to plans for a $16 billion coal mine in Queensland.  And in San Francisco, up to 30,000 people marched through the streets to demand urgent climate action.