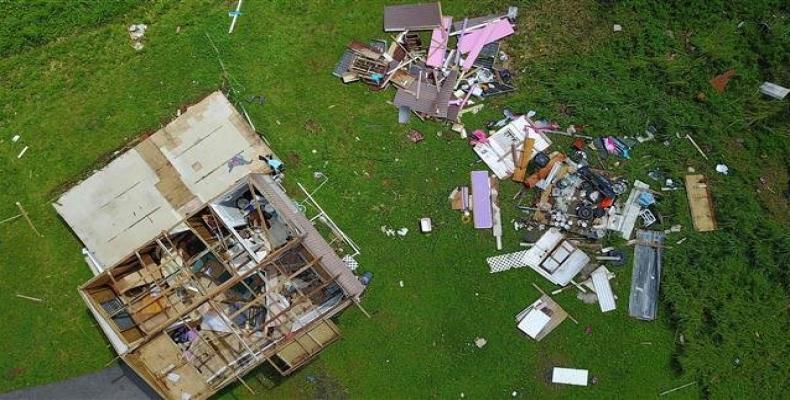 United Nations, October 11 (RHC)-- The economic cost of climate-related disasters hit $2.25 trillion over the last two decades, an increase of more than 150 percent compared to the previous 20 years, the United Nations has announced.

The UN Office for Disaster Risk Reduction (UNISDR) noted that "climate change is increasing the frequency and severity of extreme weather events" such as floods and storms.  Between 1978-1997, total losses for climate-related disasters was $895 billion (780 billion euros), UNISDR said in a report based on data compiled by the Centre for Research on the Epidemiology of Disasters (CRED) at the Universite Catholique de Louvain in Belgium.

But that figure hit $2.25 trillion between 1998 and 2017, the report said, listing the United States, China, Japan and India as the countries where the financial toll has been the highest.

The findings were released as Michael, a Category Four hurricane, rumbled towards the Gulf Coast of Florida, in the latest storm to threaten vast destruction across the eastern United States.

"The report's analysis makes it clear that economic losses from extreme weather events are unsustainable and a major brake on eradicating poverty in hazard exposed parts of the world," the UN secretary general's special representative for disaster reduction, Mami Mizutori, said in a statement.

UNISDR counted the number of climate-related disasters between 1998 and 2017 at more than 6,600, with storms and floods the most common events.  The report notes gaps in data collection, but says the findings clearly show investing in disaster risk reduction must become a central part of policy making in response to climate change.